Hey, Milwaukee! NASA wants you to tackle real-world problems on Earth and in space on Oct. 19

Hey, Milwaukee! NASA wants you to tackle real-world problems on Earth and in space on Oct. 19 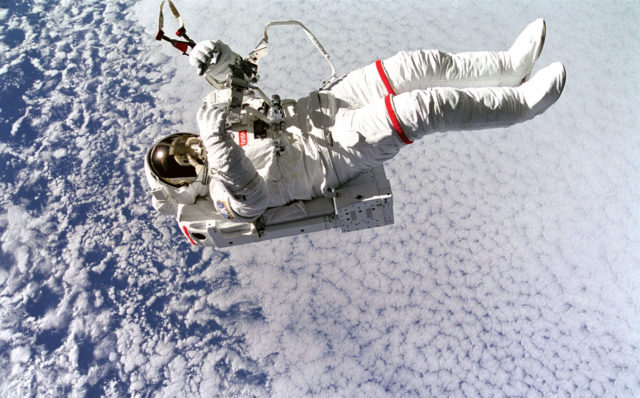 Are you a fan of space, science and NASA? On Oct. 19 at No Studios in Milwaukee, you will have an opportunity to work on NASA created problems and projects as part of the NASA Space Apps Challenge 2019.

Space Apps is an international hackathon for coders, scientists, designers, storytellers, makers, builders, technologists and others in cities around the world, where teams engage with NASA’s free and open data to address real-world problems on Earth and in space. Space Apps 2018 included over 18,000 participants at more than 200 events in 75 countries. For the first time, Milwaukee is one of the host cities! Register today

NASA is offering a wide variety of challenges for you to take on including:

For example, you can create a board game that allows players to customize the characteristics of a star and design planets that could reasonably exist in that star system. Or you can create a video game using NASA Earth data.

All are welcome in Space Apps. The common thread among Space Apps participants is that you are interested in space science and exploration, you are creative, and you want to solve problems. Over 18,000 people from 75 countries and in 200 cities around the world participated in the 2018 International Space Apps Challenge.

Space Apps builds connections. As a part of Space Apps, you are part of a global hackathon community that embraces collaboration across borders, sectors, and cultures to bring about paradigm-shifting innovation.

The Milwaukee event will take place this Saturday from 10 a.m. to 6 p.m. at No Studios. It is free to participate, but you must register via the link below.