Homeowners bring Beetlejuice to Bay View for a good cause

Homeowners bring Beetlejuice to Bay View for a good cause 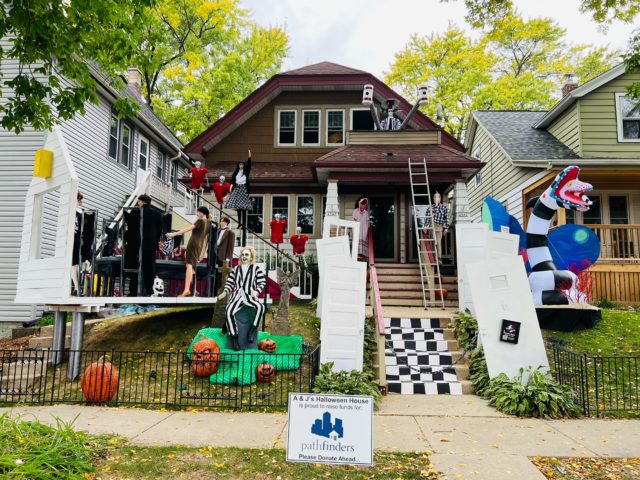 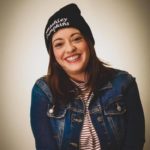 There’s something special about Halloween. Maybe it’s the changing of the season. It could be the trick-or-treating and pumpkin carving. Or perhaps it’s the giant sandworms.

That last one is specific to anyone who makes an annual appointment to watch the 1988 movie Beetlejuice around this time of year. Or anyone who lives near South Clement Avenue in Bay View and a house that looks like the film burst from its foundation.

Every year at 2943 S. Clement Ave., homeowners Andy Reid and Jamie Beauchamp-Reid turn their abode into A&J’s Halloween House. And this year, they recreated some of the most iconic scenes from the classic comedy-horror movie — just the latest of their yearly Halloween décor choices.

“Sometimes the concept is picked randomly,” Andy said, adding that this year’s theme started with the purchase of a 10-foot inflatable sandworm and an animatronic Beetlejuice they’ve waited a year to use.

Along with the movie’s star and the creature that (spoiler alert) ultimately led to his demise, you’ll see a few memorable scenes and characters if you take a spin past the house:

Fans of the film will appreciate the eye for detail. The cast of mannequins have an uncanny resemblance to the actors in the film, and each scene and prop hold something special.

On top of everything else, this good clean fun supports a good cause: Pathfinders, an empowerment and support organization for homeless and abused youth. A collection box is located on site, and you can also make a donation online.

You can see A&J’s Halloween House any time. But after being there myself, I can tell you that at night — and in the words of Beetlejuice himself — “It’s show time.” 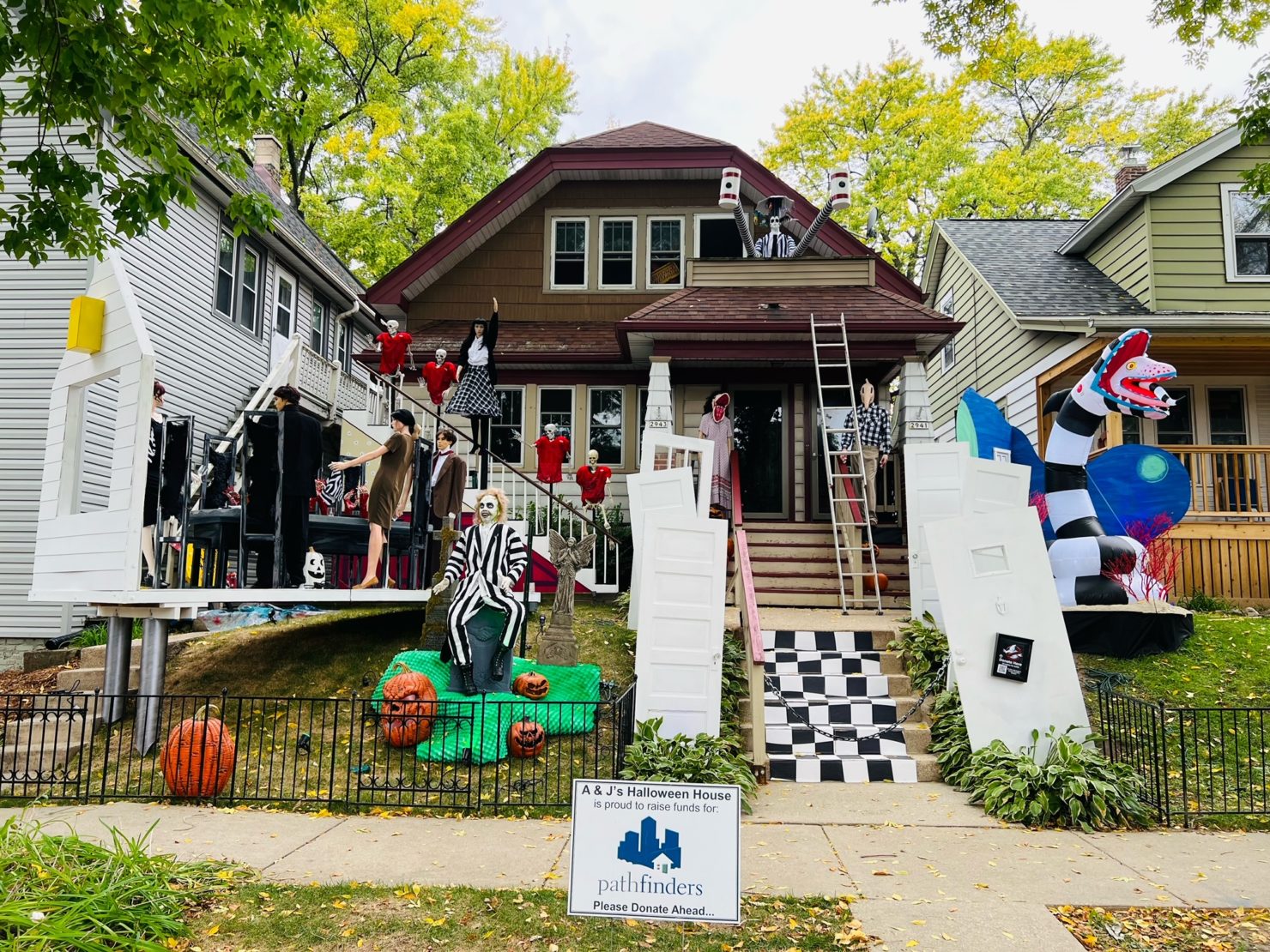 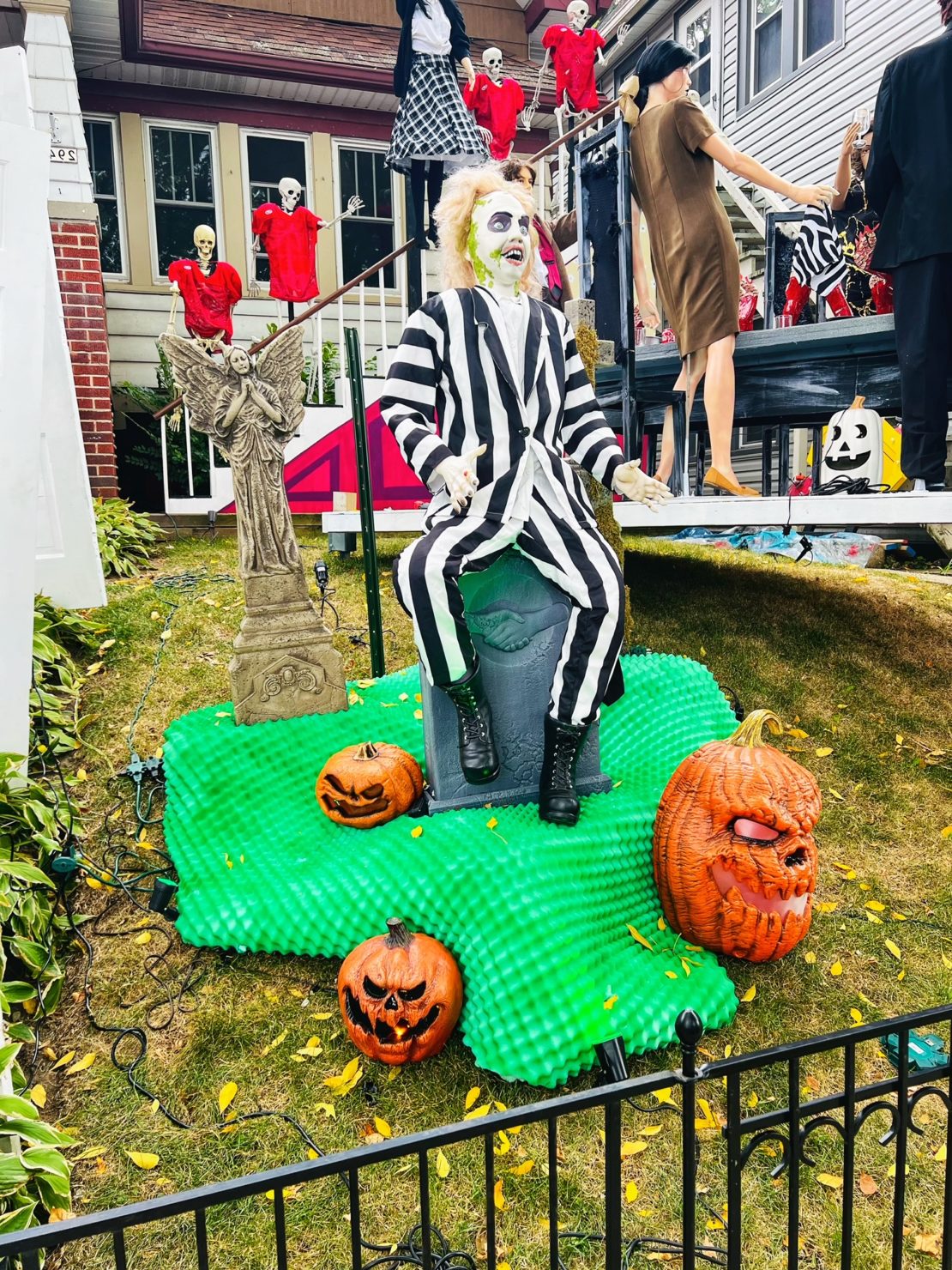 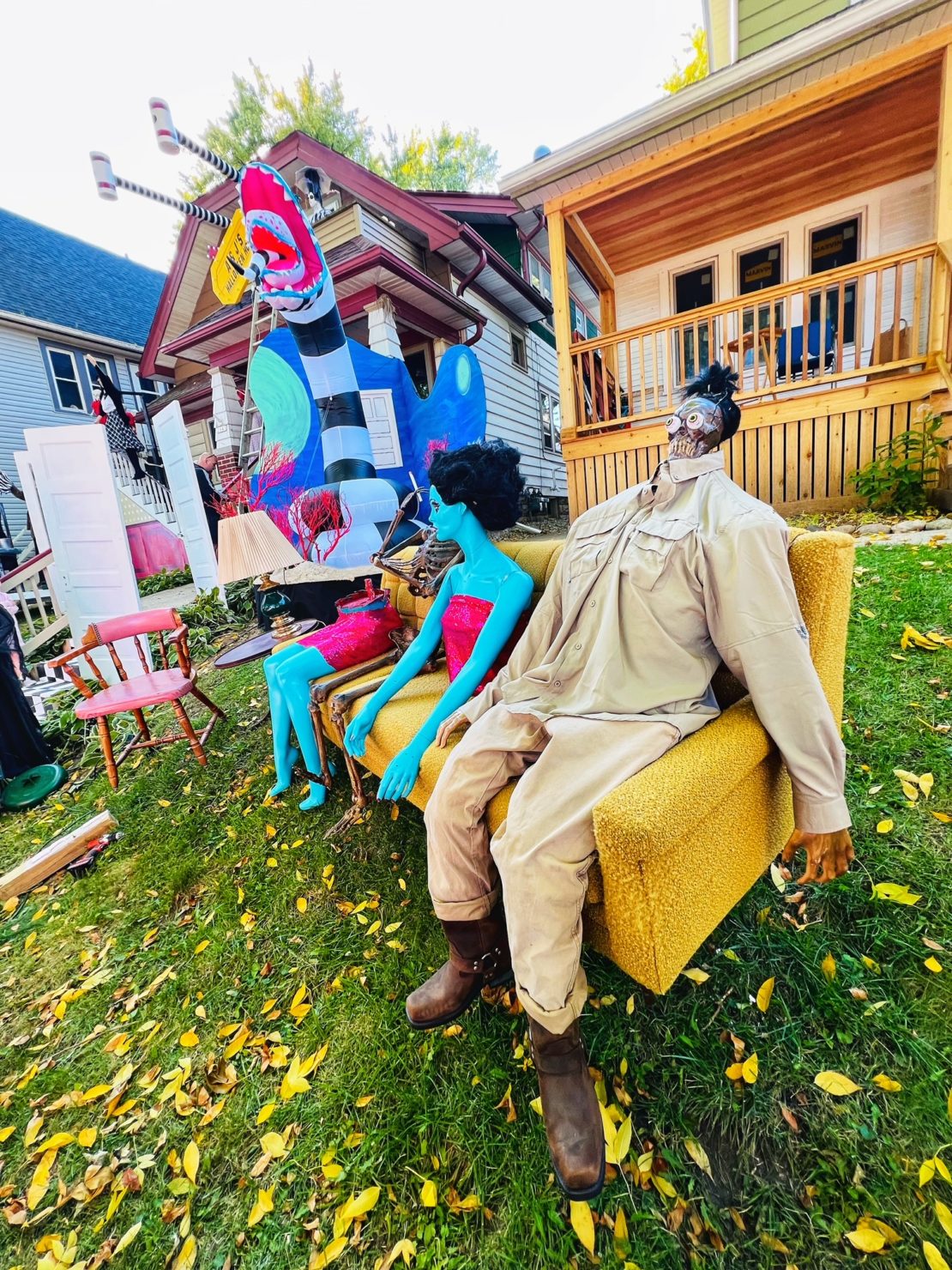 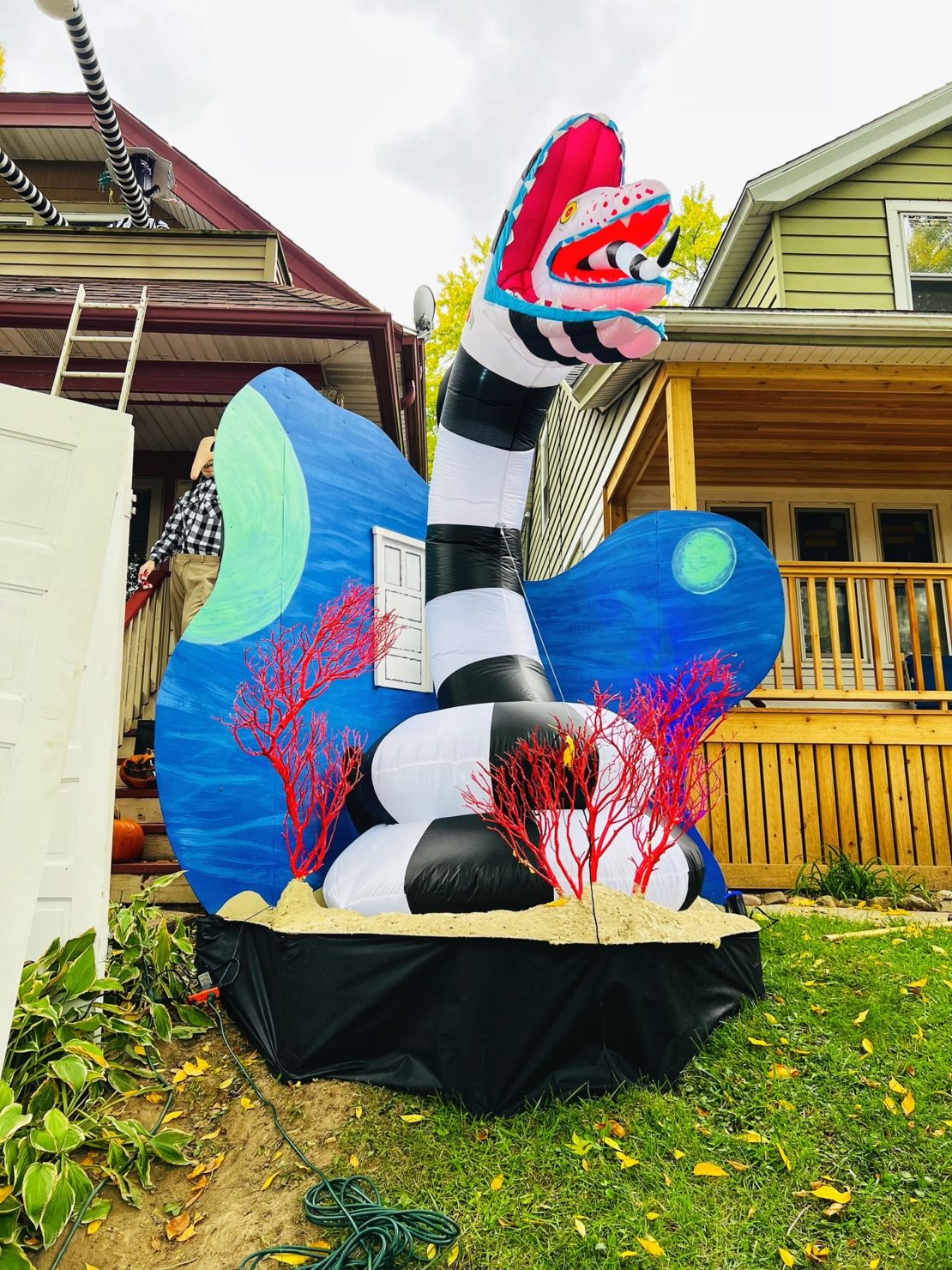