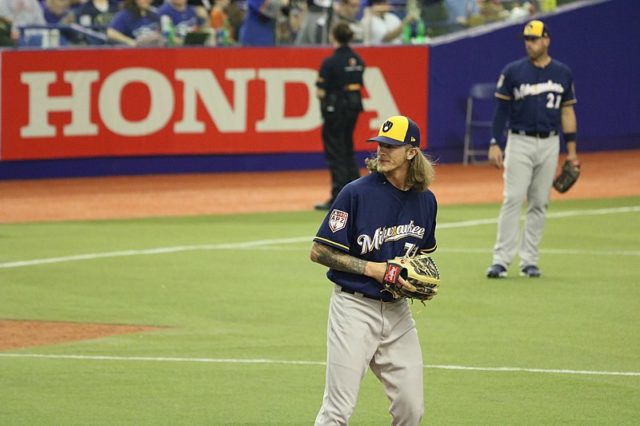 Despite being swept by the Colorado Rockies in the final series of the regular season, the Milwaukee Brewers still have some work to do.

Thanks to a near miraculous September run which saw the Crew win 20 out of 27 games (most of which without MVP Christian Yelich, who fractured his knee cap on Sept. 10), the team secured the second National League Wild Card spot and will play against the Washington Nationals on Tuesday, Oct. 1 in the nation’s capital. But what happens next “if” (and I mean “when”) they win that game? And how can you see the team play if you aren’t willing to make a trek across the country? Well, it’s kind of complicated….

By beating the Nats tomorrow, the Brewers would next play the Los Angeles Dodgers in a best-of-five National League Division Series. The first two games of the series would take place in Los Angeles on Oct. 3 and 4. So far, pretty simple. It’s after these two games that October baseball would return to Milwaukee as the Dodgers and Brewers would clash on Sunday, Oct. 6 and potentially Monday, Oct. 7 at Miller Park before possibly returning to Los Angeles for a Game 5.

This is where to confusion comes in. Tickets for the Miller Park games go on sale at 9 a.m. tomorrow, Oct. 1, for Wisconsin residents before the Brewers even play the Nationals and decide who will face Los Angeles in the first place. In other words, you would be buying tickets for a game that may not even happen.

While this may seem like a counter-intuitive gamble, it’s a standard practice across the league for better or worse and worked well last year for packing Miller Park with excited fans who bet on the Crew winning above all else.

Thankfully, if the Brewers SOMEHOW don’t end up playing any postseason baseball after Tuesday night’s game with the Nats, the Brewers ensure that “…your purchase will be refunded to your credit card within 10 days of the scheduled game,” provided it is bought from MLB.com.

Single-game tickets will exclusively be available online and go on sale to the general public (i.e. non-Wisconsin residents) on Wednesday, Oct. 2 at 9 a.m.

As for the guaranteed postseason game we have to look forward to, you can catch it at 7:08 p.m. on TBS tomorrow night as the Brewers plan to start all-star Brandon Woodruff against Nationals’ ace Max Scherzer. This will be Woodruff’s third start after returning from an oblique strain in mid-September. He previously pitched two innings against both the San Diego Padres and the Pittsburgh Pirates with no hits and only a single walk though both appearances.

More info about the confusing MLB postseason schedule can be found here.

Get those credit card numbers ready and go Brewers!