The trail blazing legacy of Penny Marshall, aka Laverne of ‘Laverne & Shirley’

The trail blazing legacy of Penny Marshall, aka Laverne of ‘Laverne & Shirley’ 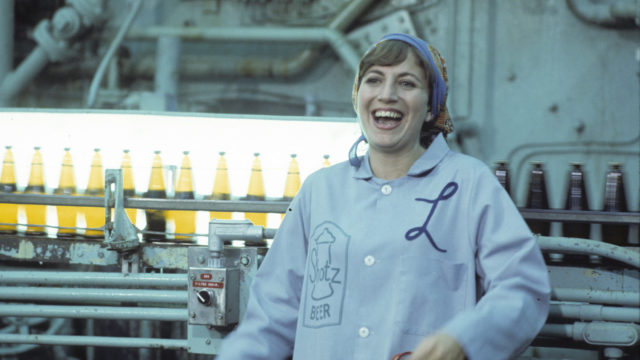 Penny Marshall as Laverne with the signature “L” embroidered on her shirt.

The “Happy Days” spinoff series, “Laverne & Shirley,” was not only a success for Marshall’s acing and comedy gold. It’s also where she began her directing career, directing several episodes of the show.

She went on to blaze trails as a filmmaker. “Big” made Marshall the first female director in Hollywood history to direct a movie that grossed more than $100 million.

Two years later, with “Awakenings,” Marshall became the second woman director to be nominated for an Oscar for Best Picture.

Then, “A League Of Their Own” became some of her best work when she told the true story of the first female professional baseball league and made an iconic sports movie.

Marshall is gone now, but her legacy and work will continue to inspire, warm hearts and make people laugh for generations to come.

On Tuesday, December 18 Penny Marshall died at the age of 75. She played Laverne in “Laverne & Shirley,” which was beloved across the country, but was especially near and dear to the city the TV show was set in—Milwaukee.

Marshall is also best known for directing films like “Big,” “The Preacher’s Wife,” “Riding in Cars With Boys” and “A League of Their Own.”