Introducing the Love WI project: stories from the heart of Wisconsin

Introducing the Love WI project: stories from the heart of Wisconsin 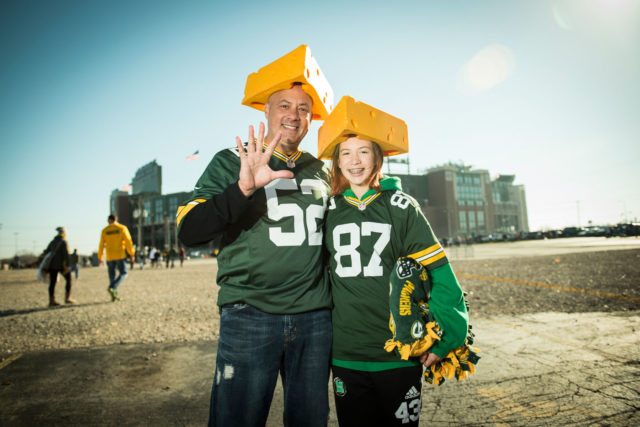 Appreciating our state -- and spreading the good word

On a recent Saturday afternoon my girlfriend and I visited Historic Mitchell Street, a boulevard so bustling with life and diversity it can feel like New York City. We ate homemade Mexican food, ran into a few of my former students, and peaked into the Modjeska Theater, a gorgeously restored 1920s space that will soon reopen.

That night we found ourselves at a friend’s home in the serene town of Cedarburg.  Children played in a nearby creek, we enjoyed smoked meat and bourbon, a band performed in the barn, and an old Christmas tree was thrown atop the bonfire, igniting the moonlit sky.

Such are the splendors found in Wisconsin, from urban to rural, there is so much to love in our state. (Read more below.)

While we share some cultural traditions, life in Wisconsin varies across the 5.7 million inhabitants of our state. We face a number of issues and complex challenges, but no place is perfect. I grew up on the northwest side of Milwaukee and left Wisconsin after high school. I loved my home state but I wanted to explore beyond its borders. After being away for a decade I returned three years ago and now call Milwaukee home once again. I’ve rediscovered the city and state as an adult, gaining a newfound appreciation that grows every day.

Since moving back to Wisconsin I’ve met musicians, artists, educators, activists, brewers, students, and many other talented, thoughtful, and friendly people. I’ve heard a spectrum of ideas about where Wisconsin stands and where we’re headed, from lifelong residents to recent transplants.

Some voices are exceedingly optimistic, others jaded and cynical. I’ve learned that attitude can be a matter of perspective. When I was deciding whether to move back to Wisconsin I focused on the promising aspects of our state.

An abundant source of inspiration can be found in the “Love Wisconsin” project, a Madison-based multimedia storytelling series that applies a warmhearted lens to a colorful cross-section of the Badger state.

This new media venture has profiled poets, professors, farmers, musicians, social workers, small-business owners, and even children. Love Wisconsin is a celebration of the communities, traditions and scenery that makes our state unique. It was founded by Brijetta (“Jet”) Waller and Megan Monday, who are both, interestingly, not Wisconsin natives.

Monday grew up on the East Coast, criss-crossed the globe in her 20s and lived in Southern California for a spell. Before moving to Madison in 2008 she was based in upstate New York where she completed a graduate degree in art education. A friend in Wisconsin exposed her to our iconic landmarks and events, including Summerfest. When Monday and her partner were looking for the “next cool town,” Madison fit the bill, and they ended up staying longer than expected.

“I didn’t know a whole lot about this place. I had a vision of Wisconsin being very pastoral. It was interesting to me because it was unlike any place I’d lived before. Also, I was aware that Gaylord Nelson, the founder of Earth Day, was from here,” Monday told me over the phone from the Madison office of their company, Metta Monday Creative.

Waller’s ties to Wisconsin are a bit tighter. Her husband is originally from Madison, where his parents still live, and Waller grew up across Lake Michigan in Ann Arbor.

“My perception was that Wisconsin would have similar values to what I had growing up in Michigan, but perhaps be a more beautiful state,” said Waller. An attraction to small-town values might have been the result of big city fatigue, considering Waller previously lived in NYC, LA and Chicago.

The pair quickly took to their new Midwestern home. They met on a community art project in 2010 and went on to make a film together that was screened at the Wisconsin and Milwaukee films festivals. It wasn’t long before they formed a partnership and began taking on clients. For their early contracts they regularly suggested storytelling.

“Megan comes from an art school background and I come from a film school background, and storytelling is our shared passion. We wanted to come up with ideas that would be meaningful to us, stories that could change the world. Our state wasn’t feeling ideal in terms of how people were relating to each other. We just really felt like it needed love,” said Waller.

a social-media campfire...a place where we can all share stories and join in the conversation.

From that initial brainstorm the idea expanded and evolved. Monday and Waller developed the project with friends and clients, eventually securing funding (through donors, as well as state and federal grants). They enlisted the help of Nelson Cho (production assistant/editor) and Tom Kuplic (“data head and big-picture guy”). Together they bring a high level of skill to the project, which launched in the Fall of 2015.

Love Wisconsin likens itself to a “social-media campfire…a place where we can all share stories and join in the conversation.” The stories are produced in a few discrete series, the flagship being Wisconsin Generations, inspired by the Humans of New York project. Subjects range from a professional wrestler to Hmong immigrants, from first generation to seventh generation Wisconsinites.

“We’re always looking for compelling characters and stories. The first few stories we featured were people in our networking circles, or one or two rings outside of that, but now that the project is established we’re able to get further afield. There’s been a ripple effect and people are now reaching out to us,” said Waller.

Love Wisconsin has aligned with like-minded organizations, including 88Nine Radio Milwaukee. They were a sponsor of the 2015 Radio Milwaukee Humanitarian Award, which was given to youth mentor and radio DJ Tyrone Miller, who became the subject of a Wisconsin Generations profile.

“There are so many people doing great things that never get any kind of credit or the shine they deserve,” said Miller. “For me as a DJ, people see me all the time. But there are those who work in group homes, take care of the elderly, or other jobs like that, which often go under the radar. It’s good that they can be seen on this project and respected for what they do.”

When Love Wisconsin came to Milwaukee to interview Miller they asked him where he wanted to be interviewed, a place that meant a lot to him. He chose WMSE 91.7’s studios in downtown. After speaking with Miller, the team visited Nicole Teague, a dancer with the Milwaukee Ballet, at the Pabst Theatre.

“Our time in Milwaukee was pretty amazing. Hearing Tyrone’s story was so inspiring. And as we were standing in downtown Mayor Tom Barrett walked by us on the street, which made the city feel so accessible. It was such an amplified experience being in those different settings and learning how many creative, amazing, passionate people exist within such a small geographic space, in this reasonably-sized city,” said Waller.

The process for gathering Love Wisconsin stories is organic and production takes a documentary approach. Recently the team was in Viroqua to visit a family farm. They made their way to an incubator space where some of the town’s newer businesses are housed. After talking to more people and bouncing around they ended up learning how to fly fish.

Love Wisconsin does a nice job balancing pop culture (the band Phox, the pilgrimage to Lambeau Field) with more specific organizations and lesser-known traditions (the PEOPLE Program, snowmobile racing). They also show love to our geological wonders like the Driftless region in southwestern Wisconsin.

“This project has always wanted to encompass all of Wisconsin. To get outside of Madison and Milwaukee, but still be present in those places. We’re hoping to connect the urban to the rural and make an impact on how those communities interact,” said Monday.

Wisconsin Generations may be the project’s more prominent series, but Wish for Wisconsin holds the most emotional resonance. Children reflect the best of our nature; unadulterated, wide-eyed optimism. Wish for Wisconsin videos have a whimsical quality, incorporating water color paintings, stop-motion, and elegant cinematography. We learn a bit about each child and their wish. The result is engaging, touching vignettes.

The first piece of content created for Love Wisconsin was Lucy’s Wish for Wisconsin, in which a young girl shows love for her first grade teacher who taught her how to read.

“It’s cliché, but kids really are the future and they are the resource we should be putting most of our time and energy into,” said Monday.

A teacher at the Madison Children’s Museum latched on to their use of watercolor painting in the Wish for Wisconsin videos and reached out to collaborate on a gallery show. They wrote up a lesson plan for her and she did Wish for Wisconsin paintings with kids in her Saturday drop in class. They’re working on a grant to bring that curriculum and art education to different communities around the state and already have some interest in Milwaukee.

The other series in the project include Wiscostyle, how-to videos for traditions like tailgating, pizza parties, and supper clubs. Wisconsin Portraits has one installment, a snapshot of a young hunter in Eau Claire. The latest series are Wisconsin Made, focusing on locally-based businesses, and Wisconsin Artists, highlighting the work and inspiration of creatives from around the state.

In the future Monday and Waller are hoping to explore the northwest part of the state near Lake Superior (especially Bayfield), Door County and the Apostle Islands, and Native American reservations up north. Wherever they go, the Love Wisconsin team is shining a light on people who care about their community and act from the heart.