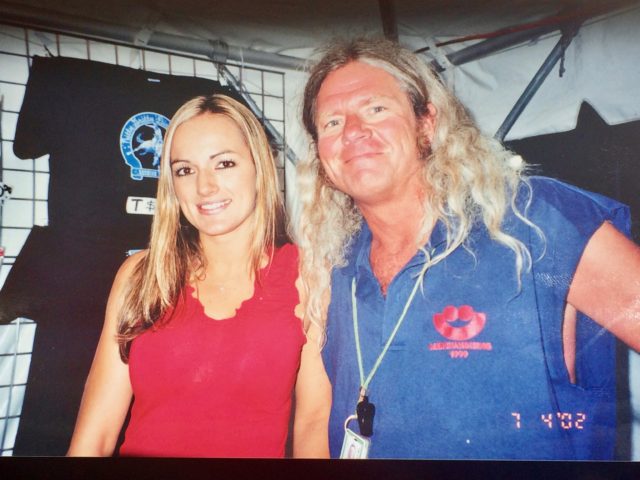 The 50th edition of Summerfest kicks off today. A million people are likely to pass through the gates this year. Among them will be world-class musicians, food and craft vendors, stagehands, grounds crew, and one Phil “the Funk” Zimmer.

Phil is one of the people in charge of merchandising at Summerfest. He’s been selling tour t-shirts, posters, CDs, and the like at The Big Gig since 1987.

A Milwaukee native, Phil remembers wanting to go to the first Summerfest, but didn’t make it until the fifth installment. That year is best remembered for a riot at Humble Pie and Jo Jo Gunne’s performance. As a result of the riot, Summerfest didn’t book hard rock acts for several years and banned carry-in alcohol.

Before working in merchandising, Phil began his career with Summerfest as a stagehand and then became a runner. Meaning, if a band wanted a certain pack of cigarettes from England, he would have to know where to get them and bring them back as quick as possible.

The weirdest item Phil had to get as a runner: doctor smocks for Neil Young, who wanted all of his stagehands outfitted in scrubs.

The busiest days in the Summerfest merch tents that Phil can remember were for The Rolling Stones in 2015 and the Jonas Brothers in 2008. Duran Duran in the 1990s set a record for merch sales as well. Teens tend to be their best customers, with metal fans coming in at a close second.

Phil says that zip up hoodies and limited edition posters have been the best selling items in recent years. Fans are even bringing their own poster tubes to the merch tables.

This year, Phil and his colleagues think P!nk is going to be one of the hottest sellers. He’s also curious to see how The Chainsmokers radio popularity translates to merch sales.

Phil’s own merch collection is made up of many t-shirts, including one from Tom Petty & the Heartbreakers’ 1978 tour.

One of Phil’s favorite Summerfest memories is from a Pearl Jam performance in 2006. After a power outage, rather than waiting backstage, members of the band went out and mingled with the crowd.

Listen to more from my conversation with Phil below. 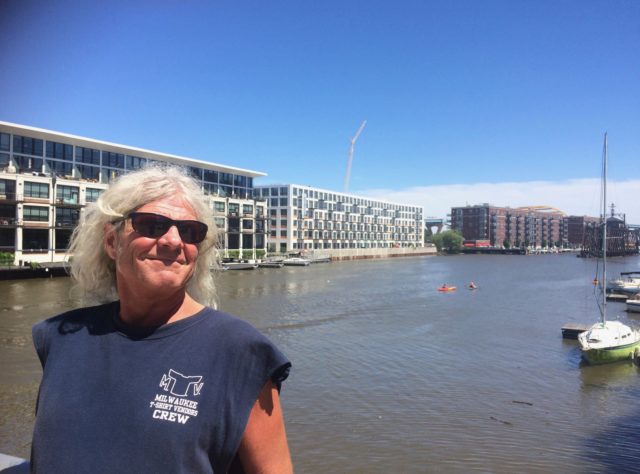