Why millennials are leaving MKE, and what brings them elsewhere

Why millennials are leaving MKE, and what brings them elsewhere 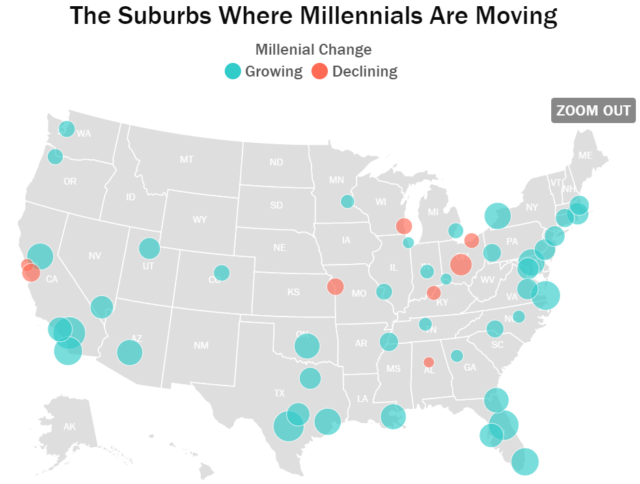 One of Milwaukee’s biggest issues today is its inability to keep up with the changing times. In today’s economic landscape, one of the biggest opportunities for growth in America is through startup companies, which typically involve young, fast-growing businesses breaking into the marketplace through game-changing products or technologies. Fortune’s list of the hottest cities for startups in America includes Austin, Las Vegas, Houston and Phoenix; all four of these cities’ millennial populations have grown by at least 7% since 2010. Meanwhile, according to the Kauffman index for startup activity, Milwaukee ranked 39th out of 40 major cities in America in 2016. While this may be a “chicken or the egg” situation for Milwaukee, with the city lacking startups because it lacks millennials, it is unfortunate for the city regardless of reasoning.

Another thing missing from Milwaukee that other cities possess is reliable, efficient and modern public transportation, particularly through a streetcar system of some sort. Major cities that have an operating streetcar system, light rail or otherwise, include Buffalo, Memphis, New Orleans, Sacramento and Philadelphia, all of which have experienced at least 5% millennial growth since 2010. With a streetcar system currently underway in Milwaukee, this is one area where we are at least beginning to catch up to other American cities. 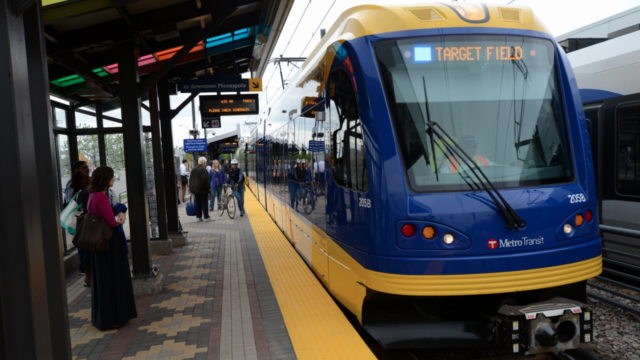 The presence of great economic possibilities is a major element that ties the most popular cities for millennials together, with one of the biggest factors being cost of living. According to studies by Kiplinger and US News Real Estate, major metropolitan areas with the lowest cost of living include Washington, D.C., Minneapolis, Oklahoma City, Buffalo, Pittsburgh and Memphis, all of which have had significant millennial growth. Given the recent boom of growth of luxury apartment complexes in Milwaukee, cost of living is quickly becoming an issue for younger demographics.

Additionally, a list published by Business Insider of cities with the most job growth includes Miami, Orlando, Austin and Salt Lake City, which all occupy spots on the top 25 cities with the most millennial growth. Conversely, on Wallet Hub’s list of best cities for jobs in America, Milwaukee ranks at a lackluster 131st in the country. Economically, Milwaukee is getting more expensive to live in, while continuing to not have as many opportunities as other cities.

One major unifying factor between the most popular cities for millennials is the presence of a rich musical culture, for both musicians and music lovers. Articles from Mic, The Culture Trip and Conde Nast Traveler cited cities like Austin, Memphis, Seattle and New Orleans as great areas for music lovers, and those starting a music career. As mentioned in some of our previous articles, Milwaukee has little music history or presence on a national scale, and many touring artists will often skip Milwaukee for nearby Minneapolis and Chicago, which makes us much less enticing for music lovers.

Another cultural/societal quality that Milwaukee is infamously lacking in is diversity and integration. As most Milwaukee citizens know, we are one of the most segregated cities in all of the United States, an issue that has been prevalent for quite some time. Near Milwaukee on this list is Cleveland, who has also experienced loss of millennials. Some of the least segregated cities in America include Virginia Beach, Houston, Phoenix and Las Vegas, which have grown in millennial population by over 9% since 2010. Losing a major contributing population is just one of the negative consequences Milwaukee has seen as a result of its segregation.

Few metropolitan areas can create the perfect balance of urban areas and greenspace, but the ones that do it are getting more millennial growth than anywhere else. According to Planetizen and tpl.org, the cities with the most parks and total greenspace in America include Virginia Beach, Sacramento and Washington, D.C., which have all experienced at least 6% millennial growth. While many have praised the Milwaukee County Parks system for a number of reasons, the city’s massive amounts of urban development may be too much for a proper balance.

While it is evident that Milwaukee has some issues to work on when it comes to keeping the younger generations around, some steps are being made in the right direction. Choices such as the development of the new streetcar system, the city’s rebranding, the advancements in the Summerfest lineup and the very recent growth of startups, things may just be on the upswing for Milwaukee. We may not be a millennial hub now, but it might soon change.

If the children truly are our future, Milwaukee’s future may not be so bright. In a recent article published by TIME, it was found that Milwaukee is losing its millennial population, both in urban and suburban areas of the city, along with other Midwestern cities like Columbus, Cleveland and Kansas City. Surprisingly, some of the cities experiencing major growth around the country include Sacramento, San Antonio, Orlando, Oklahoma City and Virginia Beach. So what about these cities is attracting so many millennials? Could Milwaukee learn something from these cities to help keep young professionals around?