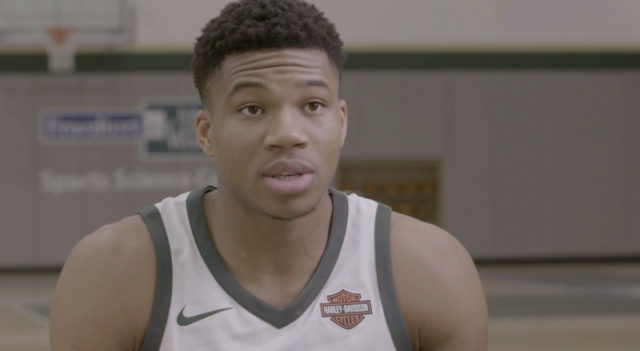 On Oct. 18, the Milwaukee Buck will kick off its 50th season with a game against the Boston Celtics and one of its star players, Giannis Antetokounmpo, was recently featured in Time Magazine for their feature on “Next-Generation Leaders.”

Milwaukee director Erik Ljung shot the video featuring Giannis for Time Magazine.  Erik Ljung is the director behind the feature documentary “The Blood on The Doorstep,” which is part of Milwaukee Film Festival Spotlight Presentations.

In the Time Magazine video, Giannis talked about growing up in Greece and being a leader for the Milwaukee Bucks. In the article, he talked about how he learned English from the Eddie Murphy film, “Coming To America.”  Check out the video below and read the story about Giannis over at Time Magazine’s website.

“Before I leave this earth, I’m going to help people have a better future.”