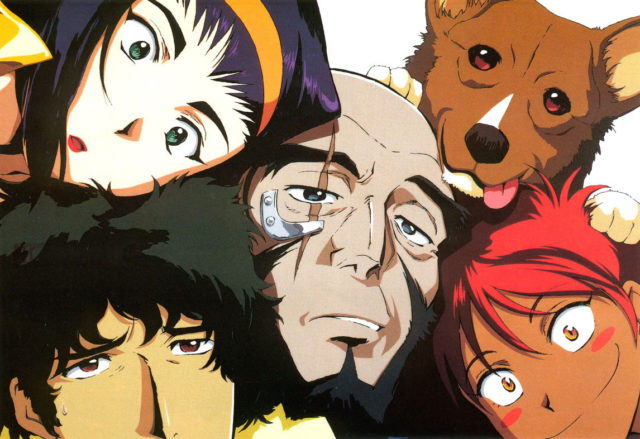 On Dec. 8 at Company Brewing, several Milwaukee jazz musicians will come together to pay tribute to one of anime’s most popular series, Cowboy Bebop.

For the uninitiated, Cowboy Bebop was a show created in the late 1990’s.  Set in the year 2071,  the 26 episode series told the story of a crew of bounty hunters. Each episode or session was a blend of various film genres from science fiction, western, drama, film noir, and comedy. But one of the things that made the show stood out was its music, which was composed by Yoko Kanno.  Kanno formed the band Seatbelts to perform the music for Cowboy Bebop before the show was even written.

The soundtrack for the series featured a strong jazz influence, which was rare in anime at the time.  You can hear the jazz focus right away in the opening theme song titled, “Tank.”

The series score features other genres of music besides jazz like blues and folk music, but jazz played the lead role.

Milwaukee’s Jay Anderson of VoodooHoney recruited over 15 local jazz musicians to recreate the music of Cowboy Bebop.  Anderson has called the group, The VoodooHoney Anime Orchestra. Here are the musicians:

The evening will also mark the album re-release of  Milwaukee’s Immortal Girlfriend’s debut EP, “Daybreak.”   The show will begin at 10:30 pm and the cover for the show is $10.