Can a Milwaukee museum play a role in racial healing?

Can a Milwaukee museum play a role in racial healing? 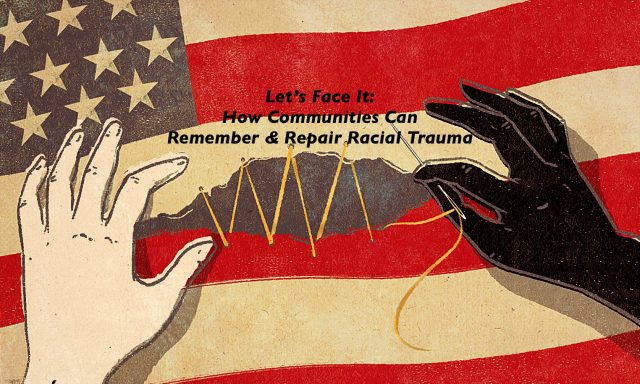 America and race go hand and hand. For many decades, we as a nation have been trying to have an honest discussion about race. But has there been any progress in healing the wounds of racism in the country from these discussions?  One Milwaukee museum hopes to play a role in racial healing and reconciliation.

The museum will explore this topic with these questions through dialogue, workshops, film screenings and more:

You find tickets and more information here.  Check out the schedule of events below.

Listen to a short talk by ABHM Head Griot Reggie Jackson about the importance of truth-telling, remembrance, and ABHM’s role as a memorial museum in healing our city and nation.

Sneak Preview of a New Film, Always in Season

Experience a premiere preview of a new film that documents how lynching still impacts Americans to this day. It shows how descendants of victims and perpetrators in four communities are working to acknowledge the victims, repair the damage, and reconcile. View the film trailer here and the film website here.

Always in Season Trailer from Tell It Media on Vimeo.

Interact with film director Jacqueline Olive.  Jackie creates documentary projects that tell stories underrepresented in mainstream media. She coordinated the production of the Emmy award-winning PBS series, Independent Lens, and the internationally-themed documentary series, Global Voices. She will be joined on stage by members of the communities represented in Always in Season. Additional experts from around the country and Greater Milwaukee will also introduce their restorative projects. All presenters will then take questions and comments from the audience.