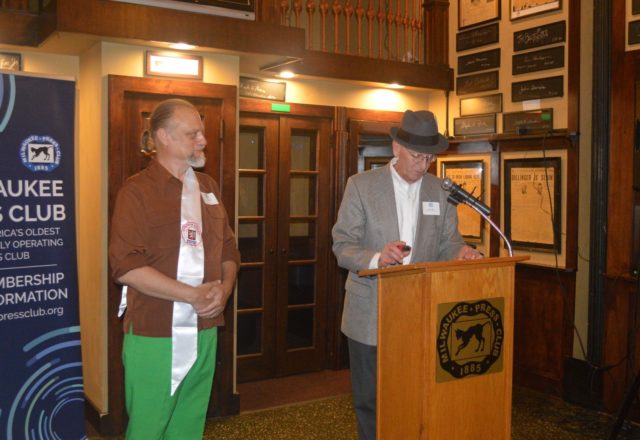 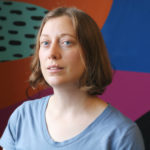 Paul Cebar — the man, the legend. If you’re a Milwaukeean, you’ve either heard (or at least heard of) him and maybe even been lucky enough to talk to him out on the music scene. So it was a happy surprise when the Milwaukee Press Club bestowed upon Cebar its “Knight of Bohemia” honor last week in the city where he’s shared so much music.

Cebar’s voice has warmed Milwaukee’s ears while on stage and on the airwaves at WMSE, where he regularly hosts a Wednesday morning show featuring an eclectic, all-vinyl mix. His bands The Milwaukeeans and Tomorrow Sound — as well as his earliest project, The R&B Cadets — have garnered plenty of well-earned attention.

That’s the kind of resume that earns someone the title “Knight of Bohemia,” which the MPC traditionally issues to “exceptional community members and friends of the club.” According to the club’s website:

“Alonzo Burt, who was president of the Wisconsin Telephone Company, was the first to be designated a Knight of Bohemia (and apparently the first non-journalist to join the Press Club). That was in 1909. By 1922, the ranks of the order had grown to 10 people, and stayed at that number for many years.”

Over the next 100 years, the hallowed list of honorees grew to more than 50 and includes:

Speaking about the honor, Cebar said, “I was decidedly unaware of what a Knight of Bohemia might be. Sharing this distinction with the likes of Vel Phillips, Frank Zeidler, John Goethe and James Lovell is a pleasing juxtaposition. In my induction, I was charged to formally fight evil and to defend the honor of the disenfranchised — through singing as best I can, I presume. I’m hoping to rise to the occasion.”

You can watch a video of Cebar’s induction below and enjoy the fact that, in classic Cebar style, he sings his acceptance speech.