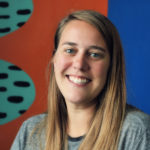 The Milwaukee Repertory Theater has made a commitment to connecting the Milwaukee community through its Mpact initiative and community engagement arm. Whether this connection is created through community dinners, performance talkbacks, or pop-up performances, one can look to The Rep as a leader in building bridges in Milwaukee’s Arts and Culture community.

From March 3-29, The Rep will be staging “Eclipsed,” “a play about five women and their tale of hope and resilience set in the midst of the Liberian Civil War.” Written by “Black Panther” star Danai Gurira, “Eclipsed” highlights the resilience of women and the sisterhood and community that women create to uplift one another and help one another survive. It is also definitely worth noting that “Eclipsed” is the first Broadway play with an all-female cast, writer and director.

According to a Vogue interview with Gurira, she hopes that “Eclipsed” sparks people to take action, even if that action is as small as educating oneself on an issue or signing a pledge, or as large as becoming a more active advocate and ally on issues.

It is precisely these overarching themes and goal of the play that the Milwaukee Rep is igniting a campaign called Milwaukee SHEro. Each week during their run of “Eclipsed,” the company will be highlighting the work of three local Milwaukee SHEros – three women of color who are working to better our city. The Rep describes a SHEro as a person who “exemplifies the values of dedication to one’s community, collaboration and sisterhood” and they are looking to the community for nominations.

Nominations for Milwaukee SHEros will be accepted from now until Feb. 7, 2020 and you can find a link to nominate a SHEro here. To be nominated, individuals must:

If you know of a Milwaukee SHEro, nominate them today.

[*Women/she – The Milwaukee Rep recognizes the limiting nature of the binary use of women. They are explicit in being inclusive to those on the gender spectrum who claim identities outside of that binary. Trans, non-binary, gender non-conforming, gender queer/fluid are always welcome.]