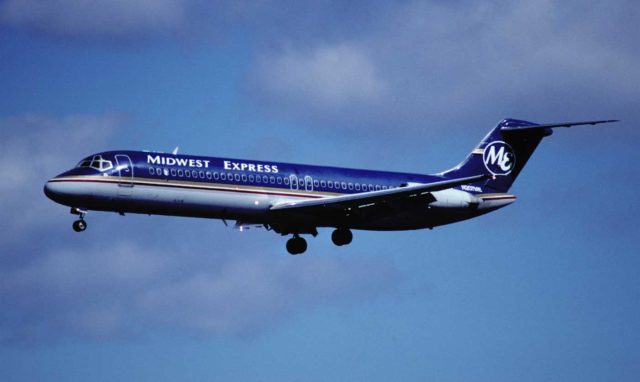 If you fly out of Mitchell International Airport, you might notice that it can be difficult to find non-stop flights. It looks like you might have one more option to choose from by the end of 2019. Milwaukee’s hometown airline, Midwest Express plans to return to skies later this year.

In a press release, Midwest Express announced today that it has signed an agreement with Portland, Maine-based Elite Airways LLC to begin non-stop flight service from Milwaukee’s Mitchell International Airport.

“This agreement with Elite Airways is a key step to bringing much-needed nonstop service back to Milwaukee,” said Greg Aretakis, president of Midwest Express. “We identified Elite Airways as a well-suited partner due to its extensive operating experience, high-quality customer service approach, and exemplary safety record. By partnering with Elite, we expedite bringing our service to the market while we pursue federal licenses required to operate independently.”

Elite Airways will provide and operate the initial aircraft, flight crews and maintenance service for Midwest Express. Midwest Express will establish its own reservations system, customer service, and in-flight amenities. And yes, they plan to include their famous warm cookies.

Routes from Mitchell will be released in the coming weeks. But they will be based on business and community needs.

In 2009, Midwest Express ceased operations and merged with Frontier Airlines in 2010. A few years ago, a group led by Greg Aretakis an aviation industry expert and former VP at Midwest Express started a campaign to bring back the airline. With today’s announcement, it looks like the dream will become a reality.

While you wait for those tasty cookies, enjoy this classic Midwest Express commercial.