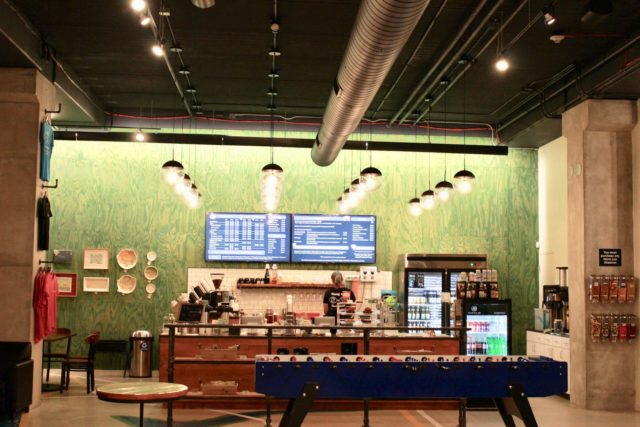 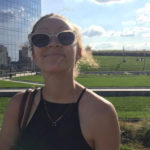 It’s no secret that Milwaukeeans love to drink. Most of Milwaukee’s nightlife culture, like many cities, focuses on alcohol. Growing up in Milwaukee, going out after 9 p.m. meant the Lakefront Colectivo, which was kindly open until 10 p.m., Rochambo, Ian’s Pizza or the movies. Now that I am at an age where I can participate in all of Milwaukee’s nightlife, when I hear my peers say they are “going out,” it carries the assumption of consuming alcohol. Hangout MKE offers a different option.

Billed as “Milwaukee’s favorite place to hangout,” Hangout MKE is an activity cafe on the Lower East Side, located at 1819 N. Farwell Avenue. Open from 7 a.m. to 11p.m. weekdays and 8 a.m. to 11 p.m. on Saturday and Sunday, Hangout MKE distinguishes itself from other establishments by shifting the focus away from drinking and on to spending quality time with your company through games like giant Jenga, Nintendo, SoccerPool and shuffleboard.

The cafe, which opened on Aug. 11, has been compared to the sober bar trend of recent years, although that’s a misconception. It serves local beer, wine and seltzer along with Anodyne coffee products, allowing patrons who would like to indulge in alcoholic beverages the opportunity to do so without putting pressure on those who would rather not partake. The all ages space acts as an alternative destination to bars, is available for private events and will offer arts classes and live entertainment.

Hangout MKE owners Meghan Stazak and Becca Riddle each have their own reasons for opening the cafe. On their website, Staszak recounts how difficult it was to find places to hang out in Milwaukee as an undergraduate at UWM that didn’t involve the bar scene. Riddle, a former art teacher for Milwaukee Public Schools, hopes that Hangout MKE will be a creative space for Milwaukeeans to make art and enjoy music over a cup of coffee.

I visited Hangout MKE on a Thursday evening with my best friend in tow, because visiting a place focused on group games alone was more of a social risk than I was in the mood for. When we arrived around 8 p.m. the space was nearly empty, and the cafe filled up as the evening continued. A few guests were drinking beer or seltzer, but most were sipping coffee or juice and playing games in small groups. Despite the all ages advertisement, the crowd was mostly people in their mid-to-late 20s, and only one person entered by themselves.

Card and board games, coloring, video games and some large games at Hangout MKE are free, while other games, like life size surgery or bumper pool, require a $6 per hour game pass in the form of a wristband. It was unclear at first glance which activities require a game pass, and the list lives at the back of the space, on shared wall with the menu.

In my current station of life — that of the grateful unpaid intern — I doubt that I would pay for a game pass when there are numerous free options available. I certainly had $6 worth of fun drinking my fizzy water and playing giant Jenga and board games for free. Music videos, both old and new, played aloud on multiple screens throughout the space. In addition to games and beverages, Hangout MKE also offers a pay-by-weight snack bar and a S’mores bar with all of the toppings one could imagine.

A large sign displayed in the center of Hangout MKE bears the words “hang up and hang out.” The owners encourage customers to put their phones away and converse with the people around them, whether that be the people they came with or potential new friends. For those who are wondering, they do have Wi-Fi. I appreciated the intention of spending less time on my phone without feeling ashamed if I took my phone out of my pocket to send a text or snap a picture.

My first question about Hangout MKE was, how is this different from a Punchbowl Social with less alcohol? It’s smaller, with more ground dedicated to games and less to tables or a bar. Hangout MKE doesn’t serve meals, unless you count trail mix and S’mores as a meal (my fellow college students, I see you). While Punchbowl Social offers attraction activities like bowling and karaoke, Hangout MKE has less flashy games. Think of Hangout MKE as less bar, more extremely classy dorm game room. The staff and other customers were amiable and polite, and we didn’t receive any dirty looks when our giant Jenga tower came clattering to the ground on the concrete floor. Most people kept to their own groups, which might be different on a more crowded night.

Hangout MKE’s proximity to Brady Street and restaurants on Farewell make it a great after-dinner spot, and an entertaining alternative to getting drinks or sitting in a traditional coffee shop. It’s the kind of place I can imagine my parents taking their friends, and I would have loved to take my friends in high school. I’m curious to see whether the cafe gains traction and becomes a hip spot on the East Side, or if it falls by the wayside in favor of places like NorthSouth or classics like Landmark Lanes. In any case, Hangout MKE provides the opportunity for continued conversation about the value of nightlife options in our city that don’t involve, or center around, drinking.