Why hip-hop encourages voting, according to Kennita Hickman of Our City, Your Vote

Why hip-hop encourages voting, according to Kennita Hickman of Our City, Your Vote 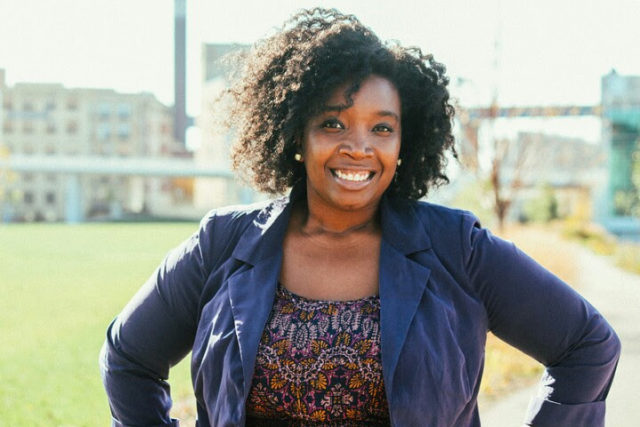 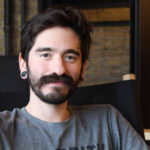 Hickman is the creator of the hip-hop powered voter engagement initiative Our City, Your Vote. The initiative aims to utilize hip-hop culture to encourage millennials to become socially and politically aware and to bridge the gap between Milwaukee artists–particularly of the hip-hop, spoken word and R&B genres–and local nonprofits. Our City, Your Vote takes a nonpartisan stance on politics–the goal is to get as many people to the polls as possible, regardless of their political beliefs. The long term goal is to have 2500 digital pledges signed by the November 2020 election. 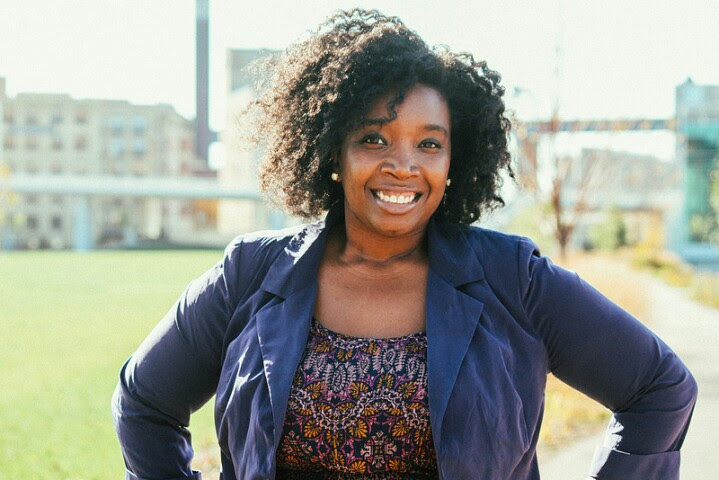 Kennita Hickman, founder of Our City, Your Vote.

“[The word] initiative is really important because this is really about building relationships in millennial communities and communities where hip-hop is the culture and is the language to engage people in local elections,” Hickman says.

The show on Sept. 25 marked the first live music event organized by Our City, Your Vote. Hickman sees the initial turnout as a success. Aside from the 50 people in attendance, an additional 40 were watching the event via livestream. It has her fired up about the upcoming election in November and the elections that will follow up until 2020.

Hickman notes that the idea of “moving the needle” is what sparked her interested in voter engagement. Her work with hip-hop culture prior to Our City, Your Vote involved freelance writing for various publications. She began losing interest in writing album reviews and got into the artist management business, but decided to take a break from that as well. Hickman ultimately determined that she wanted to be able to make a tangible impact with her involvement with hip-hop.

“I wanted Our City, Your Vote to be a thing that had measurable metrics to see if we’re actually moving the needle – that’s very important to me,” Hickman says. “I think that’s something we’re missing in independent music – we’re just so thirsty to move, move, move that we have nothing to measure it against.”

Kennita Hickman's Our City, Your Vote uses hip-hop to get people to the polls in Milwaukee

On Sept. 25, approximately 50 people gathered at the Riverwest Public House to watch Lorde Fredd33 put on a rare Milwaukee performance. After dropping a debut album earlier this year that Pitchfork called “remarkable,” it’s not surprising that his name would draw a crowd even on a Tuesday night.

But the spotlight wasn’t entirely on Lorde Fredd33. The attendees signed digital pledge cards promising that they would vote in the upcoming election. These numbers are what Kennita Hickman refers to as “moving the needle.”

Hip-hop is just a language I understand. It tells the story of hustle, grind, grit and perseverance.

Hickman reached out to Emily White of New York-based Collective Entertainment for advice on kicking off the initiative. White is currently organizing a multi-genre nation-wide concert series that will nationally coincide on Nov. 6 to encourage people to get to the polls. The #IVoted concert series will allow voters to attend the show for free if they present a photo of them at the poll booth. Hickman looked at the #IVoted series and compressed that concept to focus locally and specifically on hip-hop, spoken word, and R&B artists.

“Hip-hop is just a language I understand,” Hickman says. “It tells the story of hustle, grind, grit and perseverance, even though it doesn’t always use that language. And I think representation matters. When you see someone who looks like you, or has a similar story to you, I think hip-hop does that for a lot of people – it certainly has done that for me.”

When determining which artists she chooses to work with, she looks to artists who are already creating content that is socially aware and who are already engaging in political conversations on social media. Lorde Fredd33 has been outspoken on white privilege, with lyrics like “50 percent unemployment, that’s just for black men? / No wonder we trapping, wasn’t we born trapped then?” Other artists, like Shle Berry, have contributed videos where they talk about the importance of voting.

Milwaukee does belong to us, but it starts with our vote–your vote.

Hickman notes that it’s not just millennials who she’s working to educate on the importance of voting–it’s homeless people and black men who have previously been incarcerated.

“Black men who are incarcerated, they are released and they don’t know that once they’re off paper, they can vote,” Hickman says. “They’re scared to get involved in the process. Homeless people assume that because they don’t have a home, they can’t vote.”

Our City, Your Vote likely won’t organize any more events for the remainder of 2018, but the fight is far from over. Hickman notes that she’ll be tirelessly but quietly building the momentum, focusing on all of the local elections between now and the presidential election in 2020.

“April 2019 is the Supreme Court election, so we’re going to be doing a lot of work around the importance of the Supreme Court,” Hickman says. “This isn’t just about being local, this is about making the connection.”

She says that she envisions the movement continuing even after the 2020 elections and possibly across state lines, adding that it’s the reason why she didn’t pick a Milwaukee-specific name for the initiative. But for now, Hickman is focusing her energy close to home.

“Milwaukee does belong to us, but it starts with our vote – your vote,” Hickman says. “We have to take ownership in the part we can control in order to make this beautiful place better for all of us.”