Pabst Blue Ribbon has made a hard coffee, and apparently it’s not as gross as it sounds

Pabst Blue Ribbon has made a hard coffee, and apparently it’s not as gross as it sounds 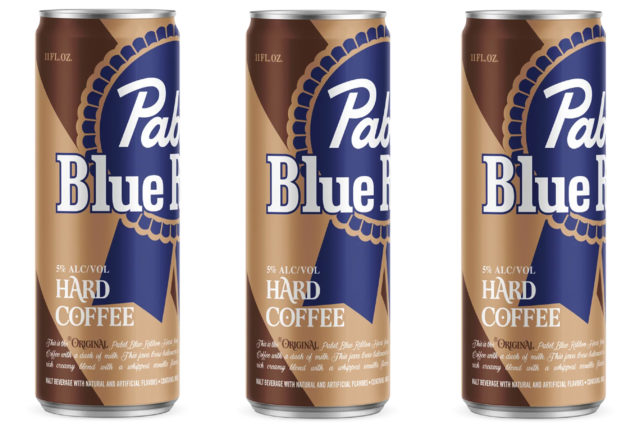 Pabst Blue Ribbon is branching out. This month the iconic brewery announced that it was debuting a canned Hard Coffee, a caffeinated malt beverage it describes as a “fun and deliciously unique drink made using Arabica and Robusta coffee beans and rich, creamy American milk with 5 percent ABV containing real Arabica and Robusta coffee beans, milk and vanilla flavoring.”

In other words it’s like a boozy latte and, mercifully, not some sort of beer-infused coffee drink. And, according to early reviews, it’s not as gross as it might sound. On Untappd, a beer-review social network, users mostly have good things to say about the drink, which has been awarded an almost suspiciously high 4.39 out of 5 stars. “It’s like drinking coffee with a ton of milk,” one user wrote. “No beer flavor at all,” one offered reassuringly. “Shockingly fantastic,” another wrote, “Best thing Pabst has ever made.”

Quite a few users compared it to adult Yoo-hoo, while one user named Ed B. offered perhaps the most enthusiastic recommendation. “Holy f***,” he wrote. “I am now an alcoholic.”

So can this be true? Pabst made a coffee product and it’s actually good? Unfortunately there’s no way for us to confirm this from Milwaukee. For now, the canned latte is only available in five states — Pennsylvania, Maine, New Jersey, Georgia and Florida and Georgia — which seems cruel, given the brewery’s Milwaukee ties. But it seems likely the product will receive wider distribution if it takes off, which, to judge from those early reviews, might not be as unlikely as you would have thought.