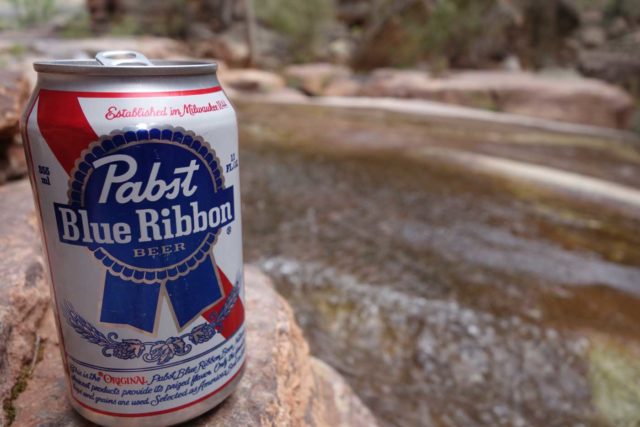 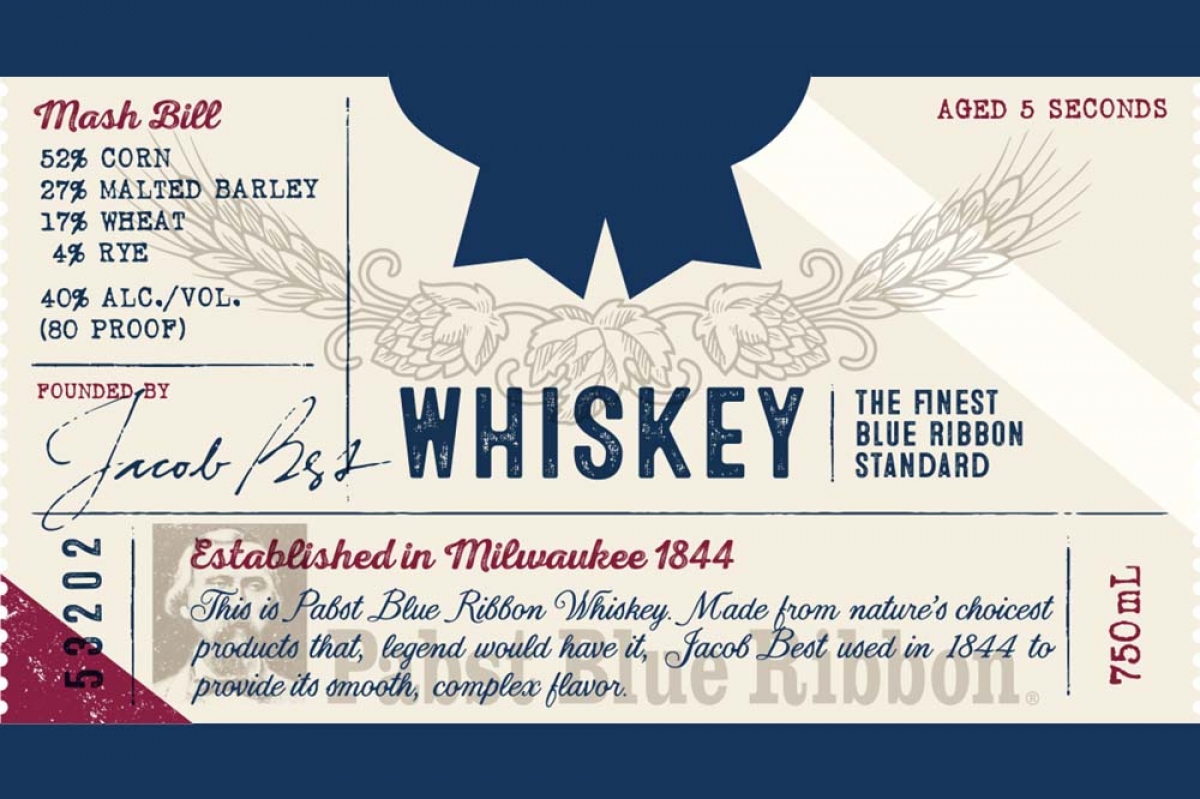 According to a MiBiz article, New Holland Brewing Co. received federal label approval for the whiskey label, but details about the release are still under wraps.

On the label, you can see the name Jacob Best, who founded what would later become known as the Pabst Brewing Company. Also, the label displays the main ingredients for the whiskey: 52 percent corn, 27 percent malted barley, 17 percent wheat and four percent rye.

At the bottom of the label, there is a message that reads, “This is Pabst Blue Ribbon Whiskey. Made from nature’s choicest products that, legend has it, Jacob Best used in 1844 to provide its smooth, complex flavor.”

The one item in the label that stands out is that the whiskey is “aged five seconds.”  Based on that, this whiskey sounds like it could be a white whiskey or “white dog” whiskey, instead of an aged whiskey like bourbon.

Nothing says Milwaukee like ordering a PBR and a shot of whiskey, usually Jameson or Tullamore D.E.W.  Soon, you will be able to have PBR whiskey with your tall boy.