Pabst rediscovers its past with old-school Brewery signage

Pabst rediscovers its past with old-school Brewery signage 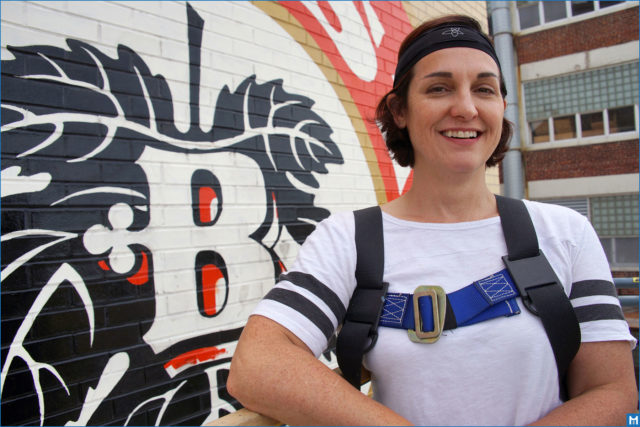 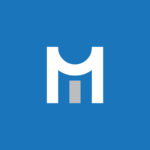 Even in the Age of Emoji and digital publishing, the human touch of painting signs now adorns Milwaukee’s Pabst Brewery.

88Nine Radio Milwaukee has partnered with the Milwaukee Independent, an award-winning and advertising-free daily news magazine that advocates for inclusive social understanding in Milwaukee by publishing positive news content that covers a wide range of topics as a catalyst for community development. We will be sharing their stories here on radiomilwaukee.org. We also invite you to visit their online news website at www.milwaukeeindependent.com, which has a heavy editorial emphasis on photojournalism and analytical reporting.

Even in the Age of Emoji and digital publishing, the human touch of painting signs has been making a slow comeback across the country and the style now adorns Milwaukee’s Pabst Brewery. 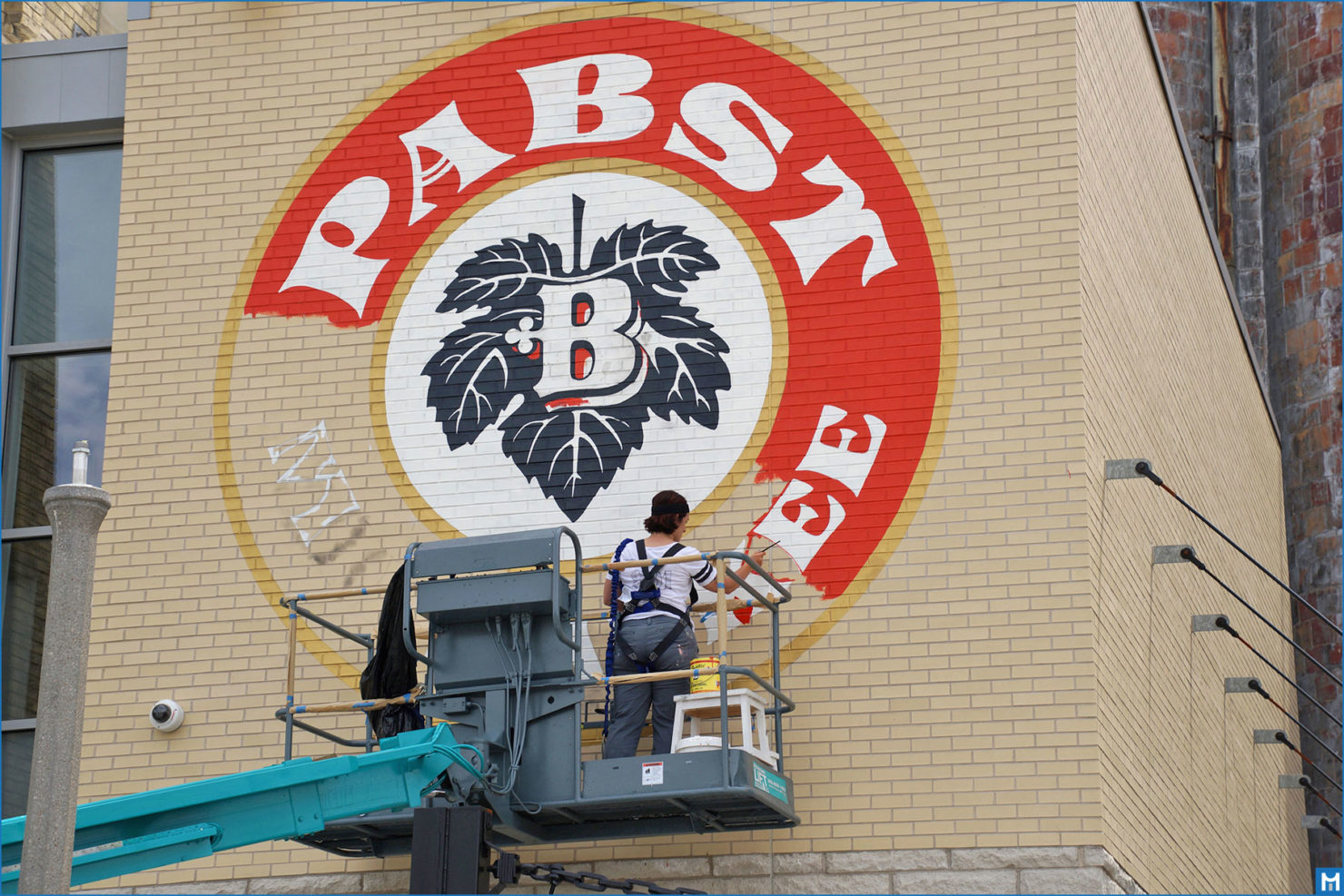 Once the only way to display advertising and signage, the commercial art form was obliterated with the advent of computer technology during the 1960s. Vinyl signs began to offer photorealistic displays that broke with the quaint and vintage look of the past.

Yet anyone who has taken cross-country trips in the family car can still come across the remains of the painted sign heyday, with faded pigments on brick buildings for tobacco, Coca-Cola, small businesses, and hotels for rent. There are many such sites around Milwaukee that display these remnants from decades past.

Within the Pabst Complex near I-43, the Milwaukee Pabst Brewery opened in April to much celebration. The restoration and remodeling of the building honored the company’s historic tradition in the city, right down to the custom sculpted manhole cover with the Pabst emblem. So when it came time to restore and add the company’s signage, they returned to the method used for almost a century.

“Pabst rediscovered that on all the buildings of the campus there are building numbers for everything. That included the old church, now the brewery, which was just simply called Building 23. All the other buildings have these wooden numbers on the front, so right next door you actually see the wooden number 24. But for the church it was not a wooden sign at all, just simply painted on,” said Stacey Williams-Ng. “So to show their attention to detail, Pabst asked me to go in and repaint the 23 and the circle around it, but to make it look old. They are really trying to honor this place and the history of the brand in Milwaukee.” 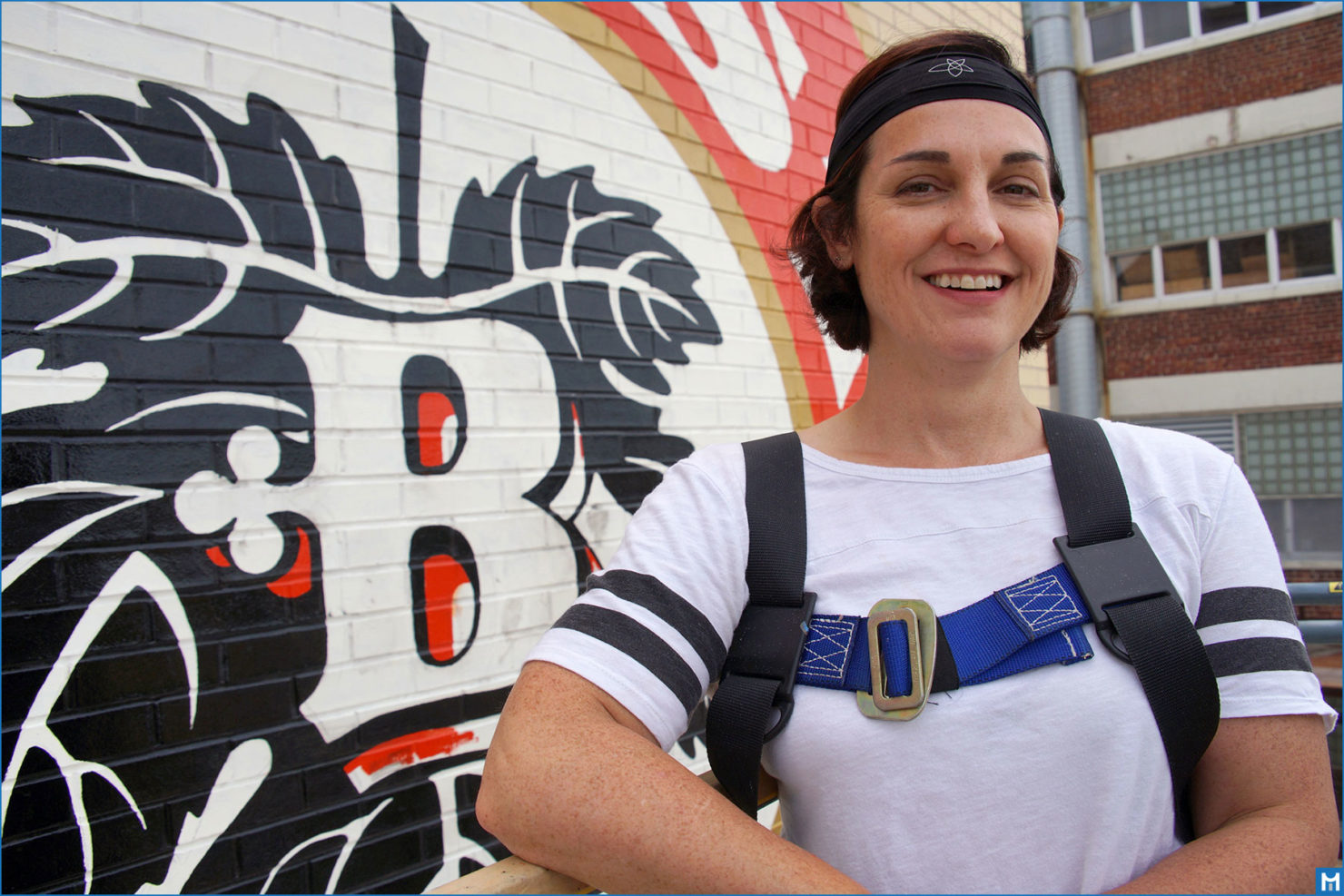 Perhaps better known for directing Black Cat Alley last year, and the recently completed Bay View “Street Canvas” project, Williams-Ng is also an accomplished artist. She was commissioned by Pabst to sign paint the Brewery’s emblem on the interstate side of its building. The crisp brand colors, detailed with gold accents, were painted directly on the restored cream city brick by hand, for an authentic old world look that technology cannot match.

“This is purely branding, because they are trying to sell us all beer. But I think Pabst made a conscience choice to do this with quality and craftsmanship. They thought enough to hire a local artist to produce it, and I’m very thankful to do that work,” added Williams-Ng.

These photos take a look at the hand-painted emblem signage and its production process, as it neared completion in late June.