A Packer fan’s guide to Atlanta

A Packer fan’s guide to Atlanta 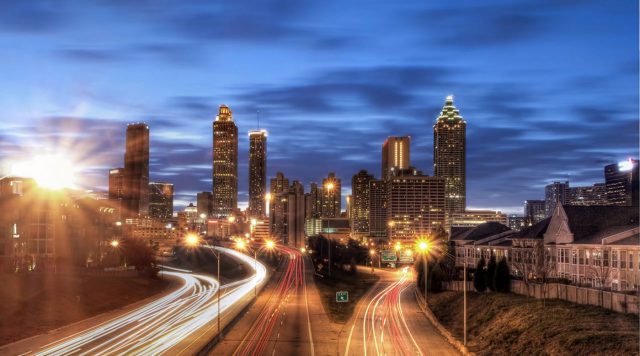 This Sunday, the Green Bay Packers will battle the Atlanta Falcons for the honor to play in the Super Bowl.

I’m hoping the latter will prevail. Yes, I said it.

I’m originally from Atlanta and have been a Falcons fan most of my life. Instead of trash-talking the Packers (which is so easy to do), I thought I’d share some things to do, and places to visit, if you’re planning a trip to Atlanta for the game.

No, I’m not featuring the typical touristy things like the CNN center, Georgia Aquarium, The Varsity, or the World of Coca-Cola. Rather, places I love.

Also, you might have noticed some trash-talking in this story. It’s all in good fun and not meant to be taken seriously. (So, please, no mean emails to my program director.) If the impossible happens and Green Bay wins, I will cheer you on in the Super Bowl.

But I won’t hold my breath.

Little Five Points is a neighborhood just east of downtown Atlanta. I used to hang out here a lot when I was young.  It’s full of unique shops, restaurants and one of my favorite record stores, Wax n’ Facts, which has been around since 1976.  If you are into shopping, check out Junkman’s Daughter, known as Atlanta’s Alternative Super store. Then I used to catch a show at the Variety Playhouse.  This weekend you can catch the band Lotus. Then for food and a beverage, check out The Vortex — known for its burgers.

If you love food like me, you must travel down Buford Highway for a cornucopia of delights from around the world. As some of you know, I’m huge a fan of dim sum and I have been begging for a proper joint in Milwaukee. One of my favorite dim sum joints on Buford Highway is Canton House. I attended a pre-wedding dinner for my friend here. You can find all types of restaurants — Korean, Vietnamese, Bangadelshi, Mexican, and more.  There’s even a Korean restaurant, Hae Woon Dae, that’s open 24 hours. But you need to check out the Buford Highway Farmers Market.  It’s probably one of my favorite markets and grocery stores in America.  It offers unique food from all over the world, including Korea, Mexico, Central and South America, the Caribbean, West Africa, Japan, China, Thailand, Vietnam, the Philippines, Eastern Europe and more. The market also contains a food court with freshly paired dishes from the four corners of the globe.

The Atlanta Beltline is a major development project that turned a 22-mile rail that surrounds Atlanta into various trails, shops, parks, public art and housing. The Beltline connects 45 neighborhoods in the city. There are seven parks along the Beltline. One includes a skatepark. The Beltline also hosts one of the city’s most comprehensive public art programs:

Art on the Atlanta BeltLine is the City of Atlanta’s largest temporary public art exhibition and a testament to the Atlanta BeltLine as a living, breathing entity that is more than just trees, trails, and rails. Showcasing the work of hundreds of visual artists, performers, and musicians along the Atlanta BeltLine corridor, the exhibition is a powerful conduit for everyone in the Atlanta region to gather, connect, and experience something vibrant and dynamic. This spectacular project places working professionals alongside emerging artists, and draws residents and visitors into some of the most unique public spaces in the City of Atlanta, providing powerful new perspectives on the city and its vibrant neighborhoods.

Designed by architect Richard Meier, the High Museum of Art is one of my favorite museums. If you get to Atlanta before Friday night, you should check out their Friday Jazz series, held every third Friday of the month.  Don’t forget to check out the current exhibits, which include:

Celebrating Dr. Martin Luther King Jr., – To commemorate what would have been MLK’s eighty-eighth birthday, a selection of images that document his remarkable life is on view.

I See a Story: The Art of Eric Carle – Eric Carle (American, born 1929) is one of the most acclaimed and beloved illustrators of our time. This show explores the artist’s varied subjects, personal interests, materials, and artistic techniques through more than 80 original artworks spanning his career.

Tiovivo: Whimsical Sculptures by Jaime Hayon – Hayon (Spanish, born 1974) created a site-specific work that features four wooden sculptures in the familiar shapes of animals or objects, such as a pig or a bell, that inspire playfulness and joy. Each whimsical structure features a colorful pattern, ranging from polka dots to stripes, and sets of stairs and slides with openings specifically sized for children that encourage guests to interact with the sculptures. 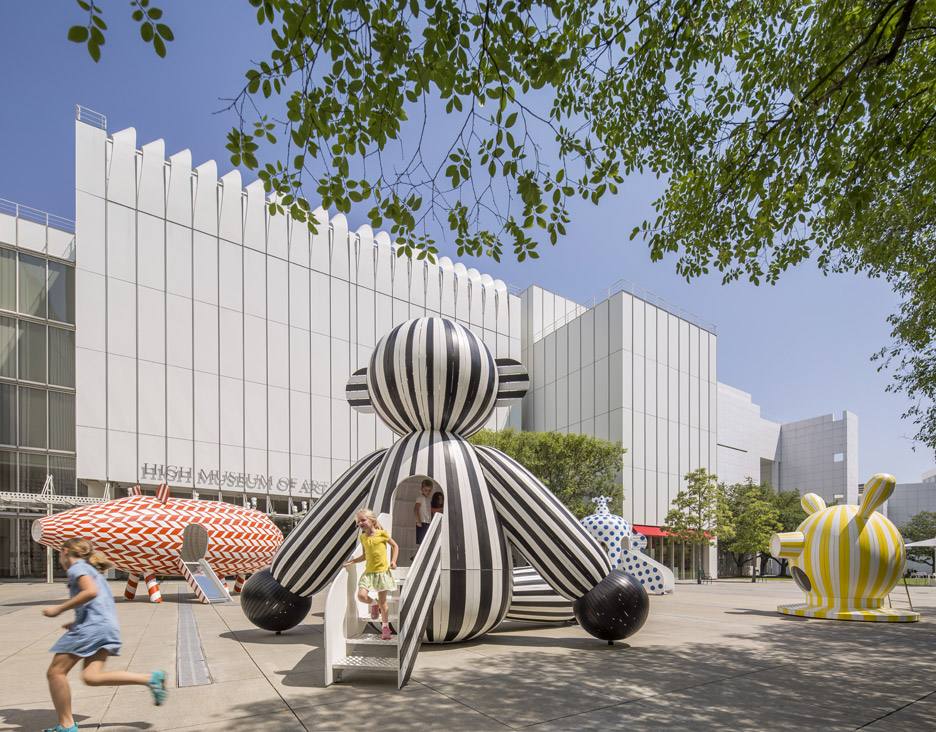 The first time I visited the Shakespeare Tavern Playhouse was for drama club in high school. The first play I saw there was “Rosencrantz and Guildenstern Are Dead.” This playhouse not only features amazing performances but a great menu. During playoff weekend, you can catch “Christopher Marlowe’s Doctor Faustus.”

A must-see in Atlanta, and it’s free.

The King Library and Archives in Atlanta is the largest repository of primary source materials on Dr. Martin Luther King, Jr. and the American Civil Rights Movement in the world. The collection consists of the papers of Dr. King and those of the organization he co-founded, the Southern Christian Leadership Conference, as well as the records of 8 major civil rights organizations and of several individuals active in the Movement. The archives also include more than 200 oral history interviews with Dr. King’s teachers, friends, family and civil rights associates.

The King Center is at the hub of a 23 acre National Historic Site which brings one million visitors each year. Free attractions include the birth home, the crypt of Dr. and Mrs. King, exhibits at Freedom Hall, gift shop/information facility, and reflecting pool.

Here are some artists and bands that you can see playoff weekend in Atlanta:

This is one is definitely not for the kiddies. The Clermont Lounge is Atlanta’s first adult entertainment venue. And before you give me that strange look, understand that celebrities from Lady Gaga to Anthony Bourdain to Alton Brown to Bill Murray to Margaret Cho to Bombay Bicycle Club have visited this one-of-a-kind dive bar. Even Mumford & Sons visited the lounge but was kicked out for taking pictures.

First opened in 1965, the Clermont Lounge is one of the most eclectic and unique venues in the city.  PBR’s cost less than in Milwaukee, at around $2.75.  If you go, you must meet Blondie (there’s a documentary about her). Cat Power performed one of her first shows here (yes, you can catch live music here).  There are even several books about the Clermont Lounge. And to get pumped up for game day: on Saturdays, you dance to disco funk all night long!

Please listen to “This Bites” tomorrow (Friday, Jan. 20) at 8am on 88Nine, when we talk about places to eat in Atlanta during playoff weekend.