PrideFest drew its largest attendance ever in 2019

PrideFest drew its largest attendance ever in 2019 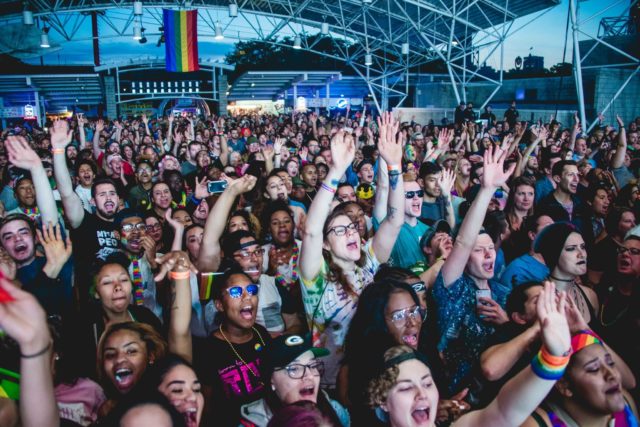 On Friday, two Milwaukee festivals made announcements about this year’s attendance numbers with very different trend lines. While Summerfest continued its recent decline, announcing its lowest attendance in at least 26 years, Milwaukee PrideFest has continued to grow. For the eighth year in a row, the festival announced that it has broken its own attendance record.

45,787 people walked through the turnstiles this year, about a 1% increase over last year’s total 45,400. That growth came despite a reduction in the festival’s Sunday hours.

You can read the festival’s complete press release about the numbers below.

The increase is especially significant, following this year’s cost-conscious decision to reduce Sunday hours and footprint in response to a three-year downtrend. These choices allowed festival operators and visitors to attend the largest Milwaukee Pride Parade in history, which also broke records with 133 parade entries.

“We are filled with gratitude for the unprecedented support from PrideFest Milwaukee visitors,” said Jennifer Murray, director of the UWM LGBT Resource Center. “By investing in the UW-Milwaukee LGBT Resource Center, you are helping us create a safer and more inclusive campus and the community at large through educational workshops, events fostering personal expression and outreach-based programming.”

“We look forward to furthering visibility for LGBTQ communities through education, programming and outreach on our campus and beyond. Thank you for investing in the next generation of LGBTQ leaders.”

The festival received significant local and national media coverage, including the festival’s first appearance on NBC’s Today Show, an extensive photo gallery in The Advocate, and an event recap on the Harley-Davidson corporate blog.

For the first time ever, Milwaukee was represented at WorldPride 2019 among over 250 pride organizations worldwide. WorldPride, held this year in New York City in honor of the 50th anniversary of Stonewall, attracted over 4 million visitors.

Milwaukee Pride was proud to send a delegation of four volunteers to the event. Delegates networked with Interpride members, attended speeches and presentations, and walked in the New York Pride March, now recognized as the largest pride parade in history.

WorldPride and Pride Month 2019 concluded with closing ceremonies in Times Square — and Milwaukee Pride was there to support it!

PrideFest Milwaukee 2019 was the swan song for veteran board member Michail Takach, who has resigned from the Milwaukee Pride Board of Directors and his role as Vice President of Communications. Since 2010, Michail has served Milwaukee Pride in a variety of brand marketing, PR, education and outreach roles.

Please join us in thanking Michail for his many contributions. He will continue to support Milwaukee Pride’s Wisconsin LGBTQ History Project as an author and curator.
2020 Festival Timeline

Planning for PrideFest Milwaukee 2020 is already under way! Sponsors, entertainers, merchants, food and beverage vendors, and volunteers are encouraged to contact info@milwaukeepride.org for 2020 timeline information.

The dates for PrideFest Milwaukee 2020 will be announced this fall.