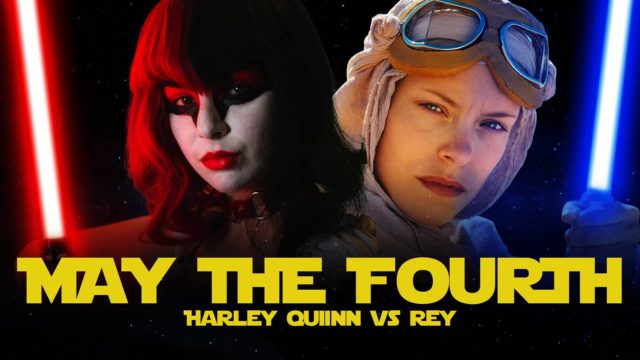 If you couldn’t tell by your Facebook or Twitter feeds, that today is May The 4th – a celebration of all things Star Wars.  Milwaukee native, Los Angeles-based Champ Robinson celebrated Star Wars Day with a unique short video. Titled “May The Fourth – Harley Quinn vs. Rey,” the video features the characters Harley Quinn from the Batman Universe and Rey from Star Wars: Force Awakens.

In the video, Harley Quinn is transported from Gotham  into the Star Wars universe by the First Order to kill Rey.  The short film features a lightsaber battle between Rey and Harley Quinn.  Milwaukee producer Godxilla and filmmaker Xavier Ruffin also contributed to the video.  Watch it below.

Robinson has created a web series featuring the Harley Quinn character, which you can check out on his Youtube channel.