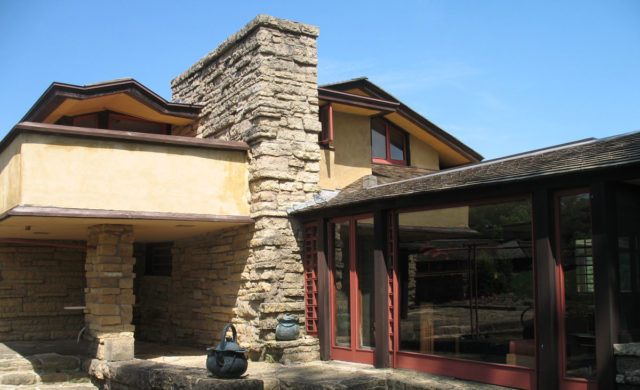 This year, the iconic and Wisconsin-born architect Frank Lloyd Wright would be 150 years old on June 8.  To celebrate his 150th birthday, Travel Wisconsin has curated the Frank Lloyd Wright trail featuring nine Wisconsin buildings designed by Wright.  The trail goes through nine counties throughout Southern Wisconsin including Milwaukee county.

The self-guide trail begins on Interstate 94 at the Illinois state line, continues to Madison and then to his home in Richland Center. There is also a free app for iPhone and Android that will help you plan your trip.

The app’s trail map lets you zoom in to see descriptions of each site, including photos and a brief history. If you’re interested in exploring the surrounding area or just want to hop off the trail to grab a bite to eat, the location-based app tells you where you are in relation to the trail so you can easily find your way back to the motor route.

Here are the nine Frank Lloyd Wright designed building located on the trail.

This pair of structures serves as the worldwide headquarters of household cleaning product manufacturer SC Johnson.

The 1939 SC Johnson Administration Building has been called one of the top 25 buildings of the 20th century, and Wright designed everything down to the furniture. Perhaps most impressive is the Great Workroom, with a half-acre of open space and massive tree-inspired columns. You’ll get the best views riding the “birdcage” elevators that run from the basement to the penthouse.

The Research Tower, completed just more than a decade later, is one of the world’s tallest cantilevered buildings. Like the Administration Building’s 43 miles of glass windows, Wright used thousands of Pyrex tubes to reduce glare and refract light in the tower. The building’s most renowned exhibit is a replicated 1950s laboratory, where the company’s scientists developed early products.

Wright’s work for the Johnson family didn’t end with their worldwide headquarters. H.F. Johnson Jr., the SC Johnson Company’s third-generation leader, also commissioned the architect to build his family estate. With four wings jutting out across 14,000 square feet of space, Wright completed his sprawling creation in 1939 and named it “Wingspread.”

Though it’s the largest of Wright’s Prairie School houses, the estate stays true to the architect’s organic roots by blending into the surrounding 30 acres of woodland and prairie with the architect’s use of natural materials like limestone, brick, stucco and unstained wood. A 30-foot chimney rising to the middle of a teepee-inspired clerestory ceiling covered in windows combines to lift the home skyward.

Wright didn’t just build custom mansions and towering workspaces – he had a dream of building homes that were affordable to the typical American family. His American System-Built Homes were a short-lived venture between 1915 and 1917, and just 16 of these models have been identified throughout the Midwest today.

This home is one of six still standing on West Burnham Street and Layton Boulevard in Milwaukee, a developing area that was still considered the edge of town when the houses were built in 1915 and 1916. Tours of the Burnham home are given on select weekends by trained docents, and you don’t even need a reservation. 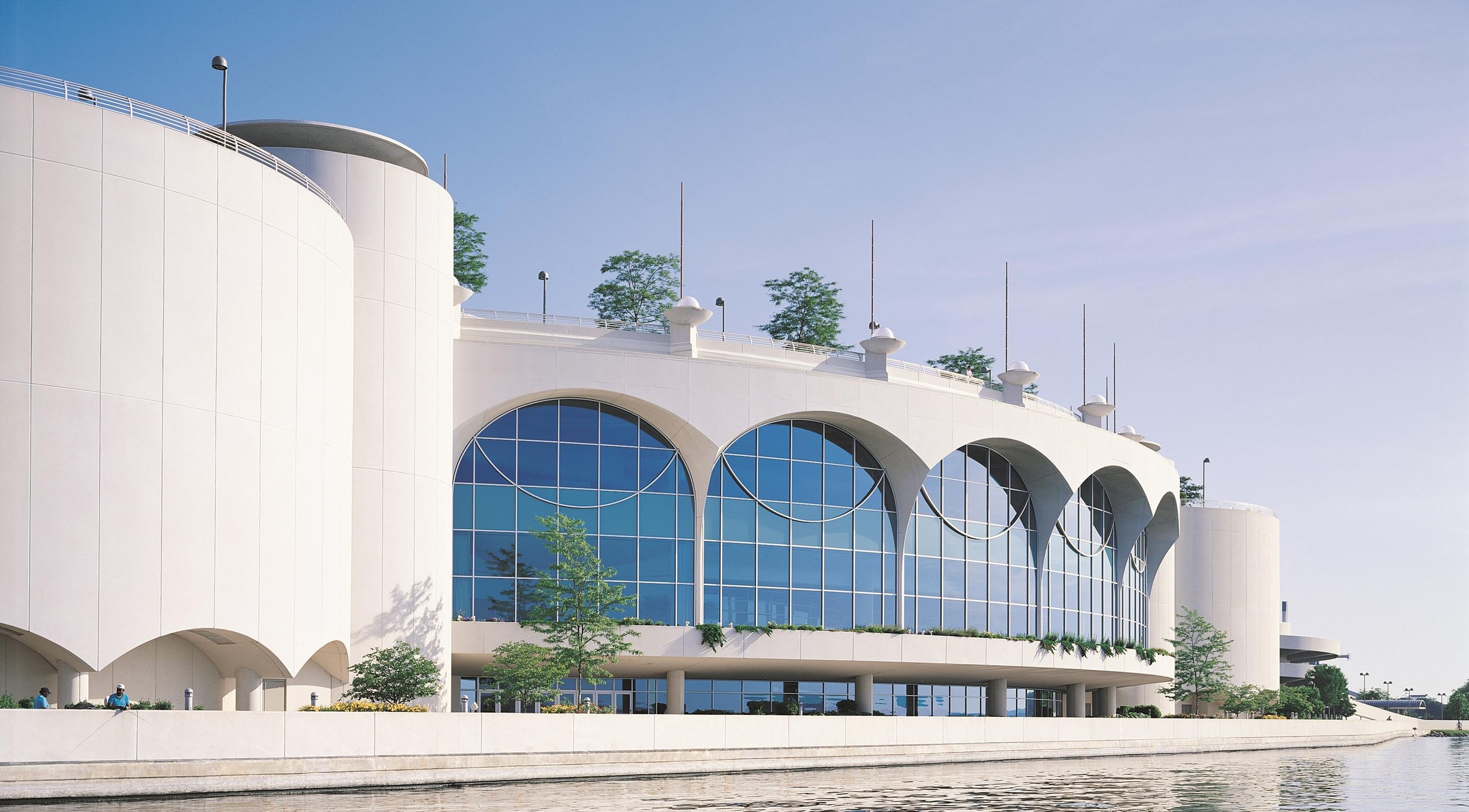 Popping out of the Madison skyline, Monona Terrace frames the lake for which it was named on the eastern side of Madison’s famed isthmus. Wright envisioned that his “dream civic center” would link the shores of Lake Monona with the Wisconsin State Capitol.

Though Wright first proposed the project in the 1930s, numerous setbacks meant the terrace wasn’t completed until 1997, nearly four decades after his death and 59 years after the inception of the project. Today, Monona Terrace is a popular spot for meetings and conventions, community programs and weddings, with an on-site café and gift shop full of Wright memorabilia.

Wright was a member of this congregation, and his preacher father was one of the founders. What has become one of the architect’s most famous commissions was also one of the closest to his heart. It was completed in 1951, just a few years before his death, and has been hailed as one of the world’s most innovative examples of church architecture, as well as a key structure defining Wright’s contributions to American culture.

In addition to the original meeting house, with its pitched copper roof, deep-red concrete floor and prow of interlacing wood and glass, Taliesin Associated Architects have added two major additions, one in 1964 and one in 1990.

For the Frank Lloyd Wright fan, nothing tops his 800-acre estate overlooking the Wisconsin River. Taliesin, which means “shining brow” — a nod to Wright’s Welsh grandparents — has been rebuilt from two fires since construction was completed in 1911, and other renovations have been ongoing since the architect’s death in 1959.

Today, the Taliesin Preservation manages the grounds and offers six touring options of the estate, along with other arts and cultural educational programs and special events like a farm dinner series, biking tour and Winter Festival tours.

Located three miles from Taliesin, Wyoming Valley School is a nonprofit organization promoting the arts and culture of the surrounding region. Designed and donated by Wright in honor of his mother, Anna Lloyd-Jones Wright, the School provides spaces for workshops, performances, lectures and exhibits for all ages. While paying homage to Wright, the School offers the necessary opportunities to bring young students and their families together in pursuit of creative education.

Workshops in architecture, music, science and painting are some of the offerings available to engage young students and enhance arts education and creativity. 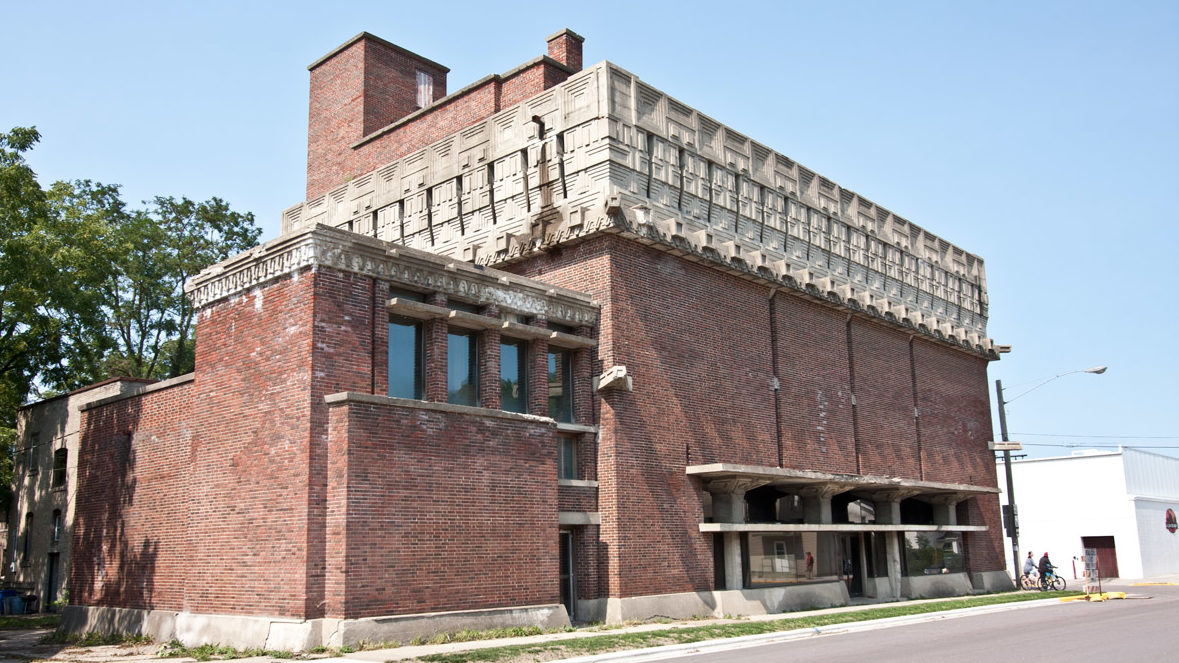 Completed in 1921, this four-story warehouse is probably the most notable commission Wright took on in his hometown. Once a storage place for sugar, flour, coffee, tobacco and other commodities, today it houses a gift shop, small theater and exhibit of large murals illustrating Wright’s architectural work.

The warehouse is notable because it’s one of the few major public buildings he designed around that time that was actually built, and it’s his best remaining example of sculptural ornamentation. A frieze of repeated cast concrete motifs encircles the top of the building.