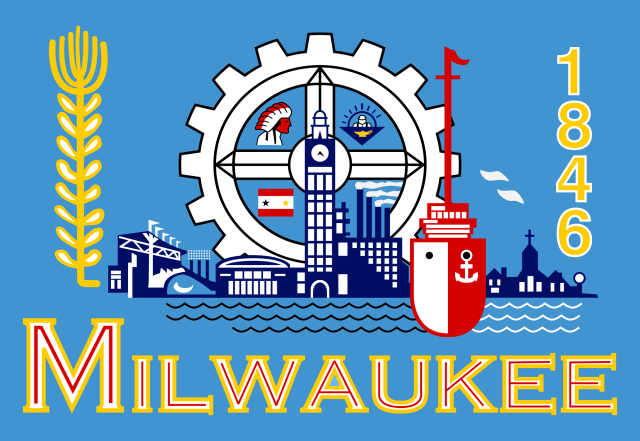 As an architect, I have always appreciated good design. Design is not art, but design can be artful. Design is a process and there are rules.  Design can appear easy, but good design is definitely not easy to create.  In architecture school, a professor said design is all about solving problems — like creating a proper voting ballot (remember the 2000 election). For example, the purpose of graphic design is to solve a communication problem using text, images, shapes and symbols.  I also understand that good design is good business, just ask Apple. Design can also bring be people together like a city flag.

In the latest TED Talk, Roman Mars, the host of the design podcast 99% Invisible examines the power of good flag design in his talk, “Why city flags may be the worst-designed thing you’ve never noticed.” Mars discusses the five principles of good flag design and how it can be applied to all design.  The five principles of good flag design are: (1) keep it simple, (2) use meaningful symbolism, (3) use two to three basic colors, (4) no lettering or seals (5) be distinctive. He highlights good examples, such as Chicago’s and DC’s flags, and focuses on one very bad example: Milwaukee’s flag.

“Even though seal-on-a-bedsheet flags are particularly painful and offensive to me, nothing can quite prepare you for one of the biggest train wrecks in vexillological history. Are you ready? It’s the flag of Milwaukee, Wisconsin. I mean, it’s distinctive, I’ll give them that.”

Mars goes on to explain the history of Milwaukee’s flag.

“It was adopted in 1955. The city ran a contest and gathered a bunch of submissions with all kinds of designs. And an alderman by the name of Fred Steffan cobbled together parts of the submissions to make what is now the Milwaukee flag.”

Mars calls the Milwaukee’s flag “a hot mess” and explains that there is a Milwaukee designer, Steve Kodis, who wants to change it. Using the words of Kodis, Mars tells the audience the worst thing about the Milwaukee flag:

“But what puts the Milwaukee flag over the top, almost to the point of self-parody, is on it is a picture of the Civil War battle flag of the Milwaukee regiment. So that’s the final element in it that just makes it that much more ridiculous, that there is a flag design within the Milwaukee flag.”

Kodis calls Milwaukee a great a city and that a great city deserves a great flag.  Some would say to Kodis and Mars that Milwaukee has bigger problems to solve than its flag. However, Mars explains the power of well-designed flag:

“I’ve seen firsthand what a good city flag can do in the case of Chicago. The marriage of good design and civic pride is something that we need in all places. The best part about municipal flags is that we own them. They are an open-source, publicly owned design language of the community. When they are done well, they are remixable, adaptable, and they are powerful. We could control the branding and graphical imagery of our cities with a good flag, but instead, by having bad flags we don’t use, we cede that territory to sports teams and chambers of commerce and tourism boards. Sports teams can leave and break our hearts. And besides, some of us don’t really care about sports. And tourism campaigns can just be cheesy. But a great city flag is something that represents a city to its people and its people to the world at large. And when that flag is a beautiful thing, that connection is a beautiful thing.”

Watch the entire TED talk below and let me know what you think about Milwaukee’s flag in the comments section.  Do we need a new flag? I highly recommend checking out the documentary Design & Thinking, which examines the impact of design in society.

UPDATE: Milwaukee designer Steve Kodis launched the Milwaukeeflag.com to explore changing the city’s flag. There is also a petition that just appeared to change the Milwaukee flag.