Watch the trailer for the documentary on the making of Hamilton

Watch the trailer for the documentary on the making of Hamilton 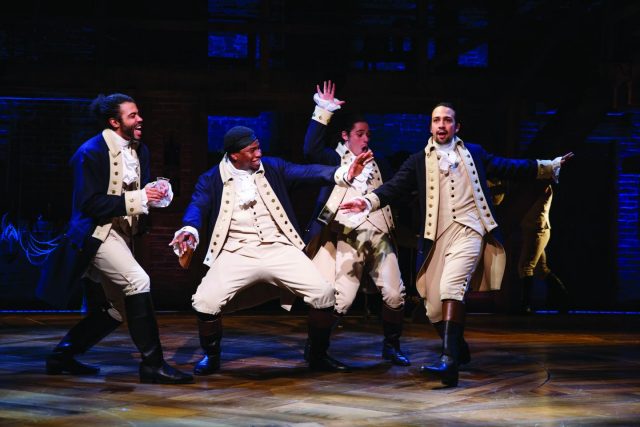 If you are like me, you missed out getting tickets to see Hamilton in Chicago. However, PBS is going to give me front row and behind the scenes look at one of the country’s most popular musical, Hamilton.

This fall, PBS will air “Hamilton’s America.” The documentary will give viewers behind-the-scenes look at the Lin-Manual Miranda’s Broadway masterpiece. The film followed the cast and crew  for two years leading up to Hamilton’s opening on Broadway.

HAMILTON’S AMERICA is produced by Academy Award® and Emmy®-Winning producers RadicalMedia (What Happened MissSimone?, Keith Richards:Under The Influence, In the Heights: Chasing Broadway Dreams for PBS).  The documentary combines interviews with experts and prominent personalities, new footage of the production in New York, and cast-led expeditions to DC, Philadelphia and New York.  Audiences will sit with Miranda as he composes songs in Aaron Burr’s Manhattan bedroom. They’ll take a trip to Virginia with Chris Jackson – the African-American actor who portrays George Washington – and watch him place a wreath on Washington’s grave, as he discusses the difficulty of grappling with our founders’ legacy of slavery.  Back in New York, Miranda and Leslie Odom, Jr. – who plays Aaron Burr – visit the Museum of American Finance to get their hands on some 19th-century dueling pistols and stage a quick re-enactment.

You can watch the trailer below.