Who decides what becomes a mural in Milwaukee?

Who decides what becomes a mural in Milwaukee? 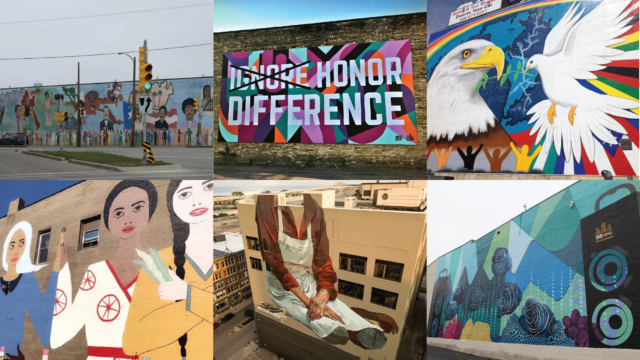 In recent years, Milwaukee has experienced an influx of public art. Buildings, parking structures and storefronts are being transformed from brick facades to canvases for expression.

These forms of expression are interpreted by citizens of the neighborhood, passersby and visitors — and likely elicit different reactions from everyone.

A recent example of the varied types of responses public art can evoke can be seen in the Third Ward’s newest mural. 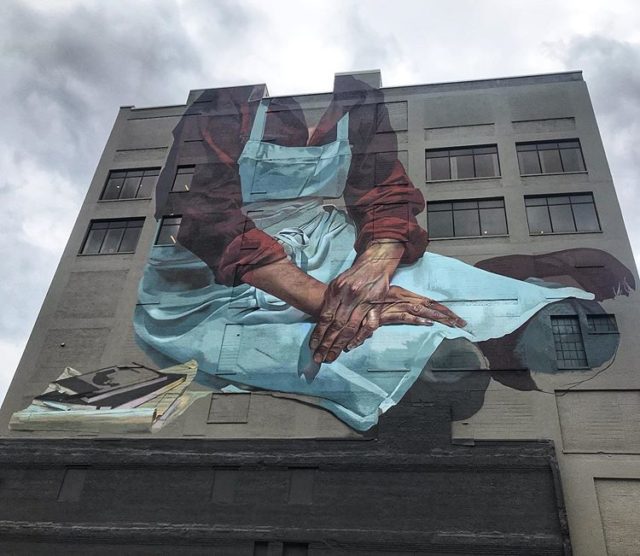 Painted on the side of the Dye House building at 320 E. Buffalo St., the project was led by Wallpapered City and painted by one of Europe’s most well-known street artists, Andreas von Chrzanowski, aka CASE.

According to a press release from Wallpapered City, the mural was intended to “pay homage not only to the women who used to dye nylons there, but to the many women who work in the Historic Third Ward today and to working people everywhere.”

However, soon after completion, the mural generated mixed responses from the public. Some see the completed work as a fulfillment of its original intentions; others think it missed the mark and, by cutting off the head of the women, depicts silencing her.

As Milwaukee continues to add art to its exteriors and prepares for the DNC in 2020, we dug deeper into how murals get approved in Milwaukee, how it differs based on neighborhood, and how you can be a part of the process.

In general, all neighborhoods in Milwaukee have a process for approval only when the artwork is explicitly for commercial purposes and the business name is included. In Business Improvement Districts (BID) outside of the Third Ward (BID 2) and East Side (BID 20), murals only need the approval from the owner of the property, according to public records.

If a mural’s location is on a city-owned or public property, the city would act as property owner in a similar approval process. In certain circumstances, the mural artist may create a resolution with the BID and property owner dictating a plan for future maintenance of the mural.

The Third Ward, one of the city’s most visible neighborhoods and a common destination for tourists, is the one of two BIDs in Milwaukee with an Architectural Review Board (ARB). To approve any construction or alteration of a building, including murals, a  “Certificate of Appropriateness” must be applied for and granted by the ARB.

There are seven members of Architectural Review Board for Bid No. 2. Four members are directly appointment by the mayor; three serve as mandated by the ARB ordinance: a Historic Preservation Commission appointee (Patti Keating Kahn), a member of the Common Council representing the district where the ARB lies (Alderman Bauman), and a representative of the Dept. of Neighborhood Services (Greg Patin, appointed by the Commissioner).

The four additional members of the ARB, appointed by the mayor are: Mark Lawson, James Piwoni, Michael DeMichele, and Nancy O’Keefe.

The ARB works off of these design guidelines for approval that were adopted in 2006 and written by current ARB board member James Piwoni.

Milwaukee-based independent art and design studio BlackPaint drew attention to this approval process recently by posting a 2016 video of the ARB in action.

All citizens of Milwaukee can apply to be appointed by the mayor to any board, commission or task force, including the ARB, by filling out this interest form.

Milwaukee has over 100 boards, committees and task forces that you can submit yourself to be considered for; find them all here.

Written and researched by Sarah McClanahan and Laura Dyan Kezman.