Who would make art like this? Meet Fred Stonehouse

Who would make art like this? Meet Fred Stonehouse 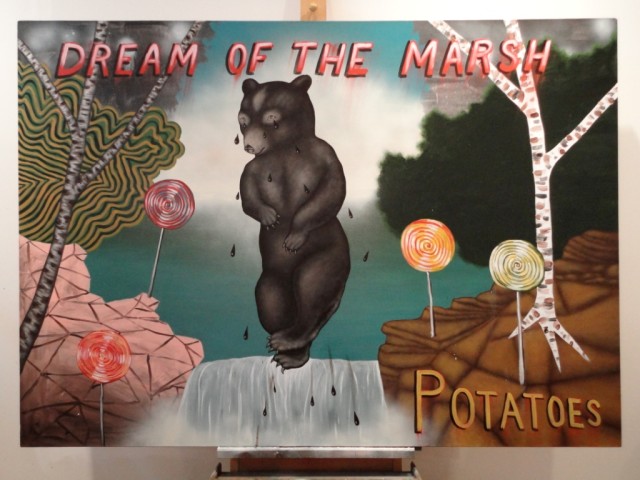 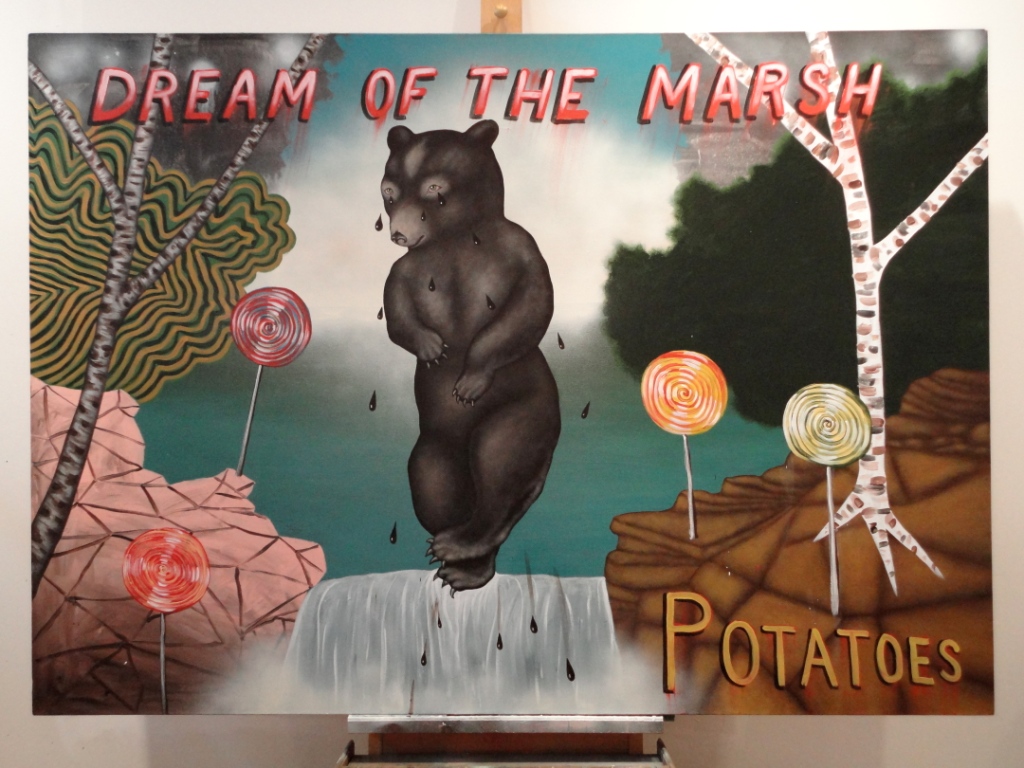 “Dream of the Marsh Potatoes” by Fred Stonehouse

A black bear is suspended over a waterfall and inky tears are falling from his eyes, from his body, running down his chest and off of his clawed toes.

A demonic bat creature soars through moss-draped trees, his nostrils flared and his nub teeth bared.

A bearded man is chest-deep in a thick marsh, his lips wrapped around the body of a fish, tears of green sliding down the side of his head.

These are paintings of disturbing images that are disturbingly relevant to your life. This is the art of Fred Stonehouse.

Stonehouse is local — born in Milwaukee with a studio now in Slinger. But people from across the globe covet his work — displaying them in exhibitions, hanging them in their houses. Even Sheryl Crowe and Madonna have his work in their collections.

And this Saturday (Sept. 26), a show of Stonehouse’s work — “Fred Stonehouse: The Promise of Distant Things” –opens at the Museum of Wisconsin Art in West Bend.

Fred Stonehouse in his studio in Slinger

Stonehouse has been delving into art for as long as he can remember. It was something that came naturally. After high school, he briefly pursued auto mechanics but then enrolled in art at UW-Milwaukee.

“That’s when I decided, okay, I’m gonna cash in all my chips and become an artist because it’s the only thing I really like doing,” Stonehouse says.

It was the impetus for a journey into occupation, identity and future. Going to college was a declaration of who he wanted to be. That is what he believes: becoming and living your life as an artist will make it possible for you to live. Not financially, per se, but spiritually, emotionally, psychologically. As an educator at UW-Madison, this is the same advice he gives his students.

“The money is immaterial,” he says. “You’ll make enough money doing whatever — whether it’s cleaning toilets or working at Starbucks or selling drugs — I don’t know, it doesn’t matter! It’s immaterial how you get your money. What’s important is that you live your life doing what’s meaningful.”

Painting, drawing and educating young artists is what Stonehouse finds meaningful. To him, being a teacher at UW-Madison feels more like hanging out with young artists.

“It’s more of a mentorship role where I’m just older but I’m involved in the same process they are. That way you feel when you go into the studio – when you approach this act of creating things – that doesn’t change. The impulse is the same and in that sense, we’re just all peers.”

Stonehouse’s process consists of drawing from his current situations and from the depths of his mind. The narrative in his work relies on something he calls dream logic: a logic only feasible in the dream world. Stonehouse says his work often references his own dream imagery, but is never a direct illustration of an actual dream. The use of symbolism, ambiguity and physical distortion in his characters is a poetic take on the human condition.

“That’s the operative logic in the paintings, I think. The difference is that I sort of consciously take psychology and relationship issues and ideas from my waking life and I’m plugging it into a narrative that operates on dream logic.”

The use of tears is reoccurring in Stonehouse’s work. There is a real focus on his characters and their internal struggles. Tears, although ambiguous, give tiny windows into the interior life of a character’s mind.

“I say that the characters leak,” Stonehouse said. “Because they also spray things out of their mouth, they bleed, stuff comes out of their noses, their ears, they sweat. They cry. That’s just one aspect of it. People call them tears but it’s more an excessive weeping to represent an active interior life.”