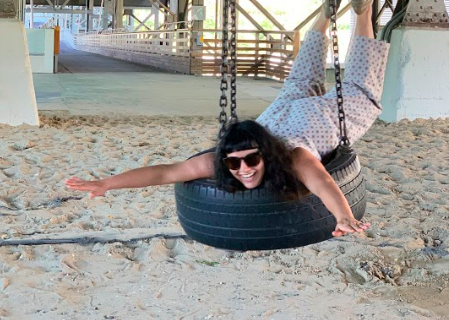 “111 Places” is a worldwide guidebook series that originated from Cologne, Germany. You might think the number 111 is random but it isn’t accidental.

In the city Cologne, the number 11 is considered a lucky number. There is even is a carnival celebration every year that begins on Nov. 11 at 11:11 a.m. Since a book that highlighted 11 spots isn’t enough to be considered a guidebook, they added another one, making it a total of 111 places.

This year, the guidebook unraveled some known and possibly hidden gems in Milwaukee in their new book, “111 Places in Milwaukee That You Must Not Miss,” written by Michelle Madden.

According to Madden, the book is intended to be enjoyed by both tourists and locals.

“A fun way to use this book if you’re a tourist would be, read it on the plane before you get here because it’s all these little pieces that kind of make up the character of Milwaukee,” said Michelle Madden. “If you’re a local, I know so many of my friends have said, ‘I keep it on my bedside table, I read a place a night and I’m so thrilled. I just drove by the Morris Pratt Institute for the millionth time in my life and I now know what that is.’”

One element that makes “111 Places” unique from other guidebooks are the photographs. Every chapter is accompanied by a full-page photograph taken by Janet McMillan. One notable feature within the images is that they haven’t been retouched or edited. McMillian said she had one thing in mind when capturing the perfect moment.

“I tried to look for the pretty light,” said Janet McMillan. “ I was often going out early in the morning or I was looking at that golden hour just before the sun was setting if I was outside looking for a place.”

When meeting both Madden and McMillan, I couldn’t resist asking about a recommendation for the fall season.

“Definitely Bridge Lane Footbridge is a spectacular spot,” said Michelle Madden. “It offers a beautiful view of Lake Michigan in one direction and a ravine of all kinds of wild creatures and beautiful foliage there, I think that would be a spectacular spot way to spend a couple of hours.”

Like all guidebooks, it’s marketed for anyone and everyone visiting the city but truly at its core its a love letter to Milwaukee and the people who influence it. Even so that “111 Places” invites and challenges readers to visit the locations and recreate images from the book.

I teamed up 88Nine’s Afternoon Drive host Ayisha Jaffer and 88Nine’s video producer Lucas Seidel and visited a few locations that were featured.

You can find more information on how to be a part of the challenge here.