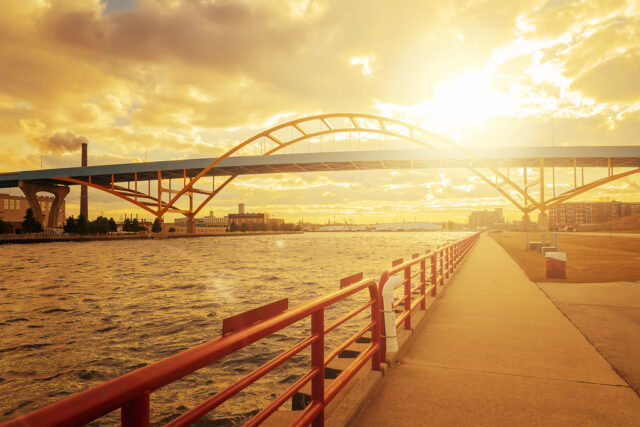 When Wisconsinites are seeking housing assistance, food security or mental health service they might dial 211, which connects people to various non-profits that can provide shelter, offer meals or lend an ear.

This past October Impact 211 saw its highest number of people seeking assistance during the year. They received close to 19,000 messages, with about 600-1000 people reaching out to them per weekday.

The majority of their Community Resource Specialists, which can be people answering phone calls, texts or emails are frontline workers who are working from home and answering a lot of emotionally charged concerns.

“We talked about anxiety,” says John Hyatt, the CEO of Impact 211. “That’s when our phone number rings and you pick it up and you don’t know what’s going to be on the other end.”

Hyatt says that there are cases where they aren’t able to help everyone and when workers have someone who is upset on the other end of the line it can produce stress.

Some of the highest requests the organization has received are for housing, mental health and food. This has been pretty consistent for them during the pandemic.

For 211 workers there’s not a guarantee safety that being on a certain type of response line is going to spare them from dealing with stress or anxiety themselves.

There’s over 30 people answering calls and texts — some are bilingual. There is also an interpreter service. 211 workers, like all healthcare and frontline workers, are not exempt from the pandemic. They are often in a position of managing their own life and assisting others on their worst days. The days where callers feel like they can’t do anymore, they’re worried about food or medication.

“You see a lot of acknowledgement of healthcare workers, which is really important,” Hyatt says. “There’s also this whole contingent of people doing social service work in the community that is as important and as risky.”

Impact 211 serves the south east region of Wisconsin, though during evenings and weekends the take on up to (90%) of the state’s calls.

But Hyatt says the work put in is helping people get access to healthcare or  housing through the various non-profits that help people. Perhaps keep in mind what frontline workers do.

“There’s not as much made of those of the heroic efforts of that collection of people but are certainly equally critical to people in their lives,” says Hyatt.