A candlelight vigil calls on people not to forget injustice

A candlelight vigil calls on people not to forget injustice 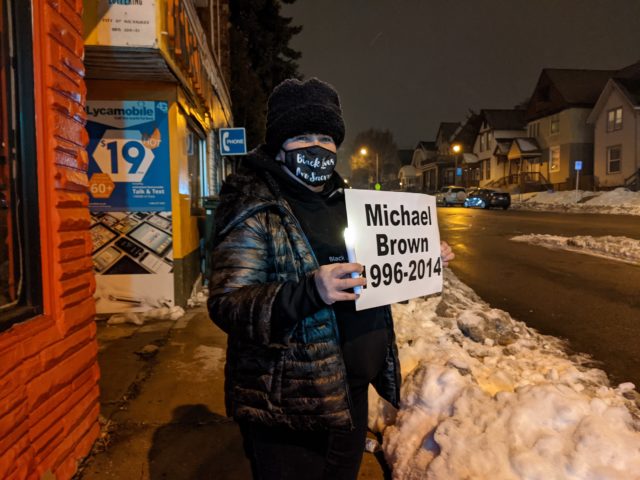 On Jan. 7, at the intersection of Holton and North Avenue in Riverwest, a vigil was held. Around 40 people gathered on all four corners holding candles and signs with the names of those who have died in police custody.

Black Lives are Sacred is a faith based organization that hosted the vigil. They host vigils throughout the city every first Thursday of the month and have been doing so since early summer of 2020. Last week’s was the group’s 24th vigil, coinciding with the announcement there would be no charges in Jacob Blake’s shooting and the riot in D.C.

“The events in the Capitol we will be talking about for a very long time in both formal and informal dialogues and discussions,” says Judy. “I hope that it will be difficult for people to turn away from the obvious racial implications of what happened there, or what didn’t happen there.”

Snow quietly fell throughout the night and cars honked their horns in sign of support.

“We do it because we believe that it’s important that our Black brothers and sisters see us and know that we see them and hear them and we also do it so that we prompt our white brothers and sisters to think about racism and the sin that it is and the way that it really is just tearing the fabric of our society apart.”