A guide to supporting Black women

A guide to supporting Black women 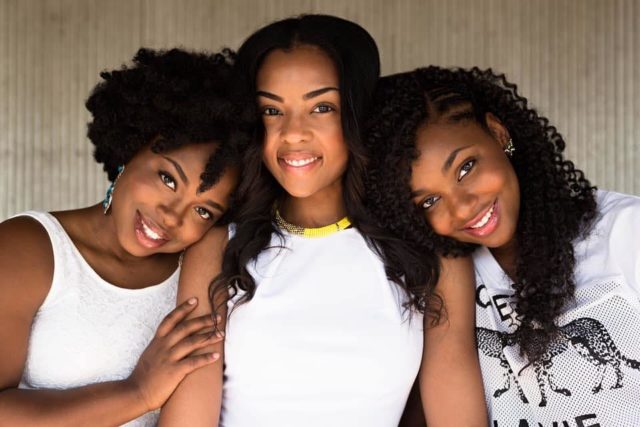 Black women have always been on the frontlines across all movements yet they frequently don’t get the recognition they deserve. A few of my personal inspirations have been Angela Davis, Marsha P. Johnson and Vel Phillips. It wasn’t until college that I was introduced to any of these historical figures, let alone the Black women in our city who are making a difference today.

I spoke with Shavonda Sisson from Love on Black Women, a people-driven fund that supports Black women in Milwaukee, across all intersections. The fund was inspired by one that Sisson’s friend in New York started to help women with rent or groceries, and within a year Love on Black Women was created to do just that.

“People always want to support the folks in their community but just don’t know how,” said Sisson.

It started with posting links to individuals Cashapp or Venmo accounts across social media platforms. However, Sisson wanted something more sustainable. A donor platform was created, with the help of Leaders Igniting Transformation for the public to donate a one-time or monthly donation. Sisson then allocates 100 percent of the fund to women in need, distributing amounts depending on priority.

“I do prioritize if there is intimate partner violence and if someone is looking for a safe space,” said Sisson. “If there are children involved it gets you to a higher priority.”

Sisson said that the majority of donors are folks who used the funds before and see it as an uplifting community. However, beyond that, Sisson often feels that Black women are often invisible and erased from conversations.

“We are innovators and then someone else comes along and they are able to do it bigger just because people don’t trust, believe, or have faith in Black women or just don’t see us.”

Black women also face emotional tolls and stress within their gender and race identity by experiencing emotional labor. Sisson says she feels a heavy responsibly when opening up emails and hearing stories about domestic abuse or job loss during the pandemic.

“Very recently I found myself a therapist because I need to have somewhere to put all these things that I am carrying but I am not unique in that as a Black woman,” said Sisson. “We are carrying so many things and we are often caught stuck holding the emotional bag.”

Sisson says the way we can support Black women is by donating to local organizations and funds like Love on Black Women because the community knows what they need and it’s important for Black women to direct their own resources.

Another way we can step up and support the Black women in our lives is by advocating for them.

Watch the full, unedited zoom call with Shavonda Sisson below.