A Milwaukee tradition of classical guitar lives on, drawing performers from all over the world this year

A Milwaukee tradition of classical guitar lives on, drawing performers from all over the world this year 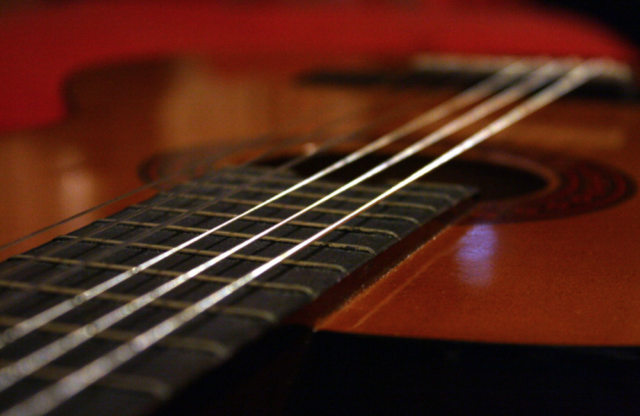 For eight years the Latino Arts Inc. Guitar Festival and Competition has been bringing music and beauty to the city. This year is no exception, as a virtual guitar fest means the pool of talent has widened. There are players attending from around the world and more students competing in the competition.

“I was very surprised when I came to the United States and I saw that education was so segmented and so separated even,” says René Izquierdo, professor at the University of Wisconsin Milwaukee Guitar Studies program. “It’s very important to give this idea to the kids that art, music and beauty belong in every single aspect of their life.”

René is a performer for the festival. But as a teacher working with the Latino Arts Inc. Latino Strings program, he says that music shouldn’t be seen as strictly relating to itself. It fits in with all parts of a young person’s future.

Dinorah Márquez, program director of Latino Strings program, agrees. She says the youth arts program is a way to give students that don’t have access to conservatory study an opportunity to learn through a scholarship based program.

“The idea was that our children would be exposed not just to the possibility of playing an instrument but to exploring their roots and who we are, where we come from and the richness of our cultures through music,” says Dinorah.

But this year because things are virtual, Dinorah and René say that they’ve been able to work with students and professionals from all over the country for the guitar competition and concert. Normally students from the Latino Strings program as well as students in surrounding states would participate in the competition. But because of the virtual setting they have participants from Mexico, Puerto Rico and Canada, along with surrounding states outside of the Midwest that are competing and playing on the virtual stage.

Whether the students go on to play professionally or not, the most important takeaway René says is the discipline students develop.

“Many times parents are terrified of the fact that the kids will become musicians,” says René. “They say, ‘Oh, that’s not a job for them. That wouldn’t pay the bills,’ which I disagree with. It’s not just a job. It’s a discipline.”

The competition for the students is already underway. Those that participate in the intermediate and advanced placements will get a chance to play in the concert happening on Feb 27.

Dinorah says that the competition is a Milwaukee tradition that will continue on pandemic or not.