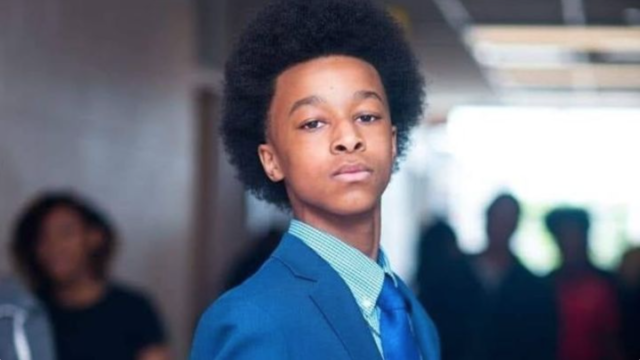 “We had a lot of things planned. He was a very active child, athlete, ambitious, dancer, he was into STEM technology,” says Adebisi Agoro. “So he had a lot of ambitions, and it was just something that I wanted to do to continue, you know, just to move his legacy forward.”

Every year Adebisi Agoro hosts a coat drive in honor of his son Adebisi O. Agoro, who drowned in 2018.

You may have heard about Adebisi’s son’s passing. He was well loved by many, known for his talent and community outreach.

Adebsi says he chose to honor his son in this way because he and his son have always been active.

“My son was just born with this innate sense of giving, you know, even more than I. Like, he showed me things,” Adebisi says.

Adebesi says his son was a friend to those bullied, always helping people and wanted to help others through community service.

After his son passed, Adebisi started doing the coat drive in an official capacity to carry on his legacy and fulfill what his son didn’t get to finish.

This year he plans on donating coats to Asha Project. Asha Project is run by Shawn Muhammad, who is also a step father to Adebisi O. Agoro.

“This being the third year, I want to show the community how we can work together to do great things to benefit others in this giving season,” Adebisi says. “As Black men working together and as co-parents, especially.”

Adebisi says that Muhammad had been a friend to him for years before becoming a step father to his son.

Together, this year the coat drive helps Asha Project which provides shelter and support to women who have endured domestic violence.

“We want to call it a boutique type organization directly created to benefit Black women and children,” says Adebisi. “It is the only organization as such in the state and maybe in surrounding states. They are small and we know that we have to do things to keep resources like that alive in the community.”

While this year’s pandemic creates new challenges, Adebisi is asking for coats to be donated in new condition. Normally he’d collect and wash all the coats before donating them but the coronavirus is a big concern. But in terms of what is to be expected this year, it’s not just hope to Adebisi. He knows that if the community shows up people will be served.

“It’s winter time, we’re in a pandemic,” says Adebisi. “That lady who is facing a domestic violence situation and is going to need to get put up for a week, we have resources for that. It’s gonna be there. This is a proven thing. We’ve done it.”

That spirit is what Adebisi instilled in his son and continues to follow up on in a coat drive in his honor.