Alicia Carr is a unicorn in the tech industry

Alicia Carr is a unicorn in the tech industry 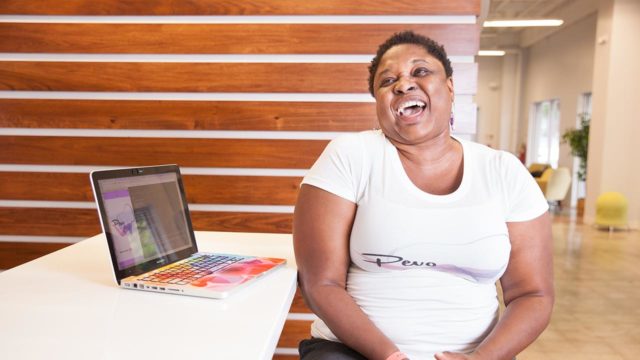 Alicia Carr recognizes the rarity of her demographic in her chosen field.

At age 51, the Atlanta-native was drawn to technology and decided that her next career path would be as a mobile developer.

As an African-American woman in her 50s she prepared herself for the challenges she would face entering a field largely dominated Silicon Valley youth.

Alicia Carr is the first African-American woman mobile developer to create an app for victims of domestic violence.

PEVO is designed for victims of domestic violence to be equipped with the resources they need to create an exit plan. Being a child of domestic abuse herself, she said she had to put herself in the position of both victim and abuser to create an app that would cover every situation someone could possibly face.

The unexpected recognition she received after developing PEVO made her a recognizable name in the tech industry worldwide.

The app was initially intended to diversify her resume in order to get better jobs. Now, she’s owning the distinction of her being an engineer and using her platform to encourage other women to find and act on their talents.

Carr spoke at 88Nine on May 8 as part of 88Nine Labs, a series of tech talks and hackathons aiming to connect the Milwaukee tech and creative scenes, and merging diverse voices and talents.

Listen to the audio story below.

She talks diversity and inclusion in technology at 88Nine

“I am a 55-year-old black woman, I am a unicorn in the tech industry…And I love what I do.” – Alicia Carr

Watch the video and audio recap of her inspiring talk below.