‘Allied in the Fight: Jews, Blacks and the Struggle for Civil Rights’ hopes to find new life in local venues

‘Allied in the Fight: Jews, Blacks and the Struggle for Civil Rights’ hopes to find new life in local venues 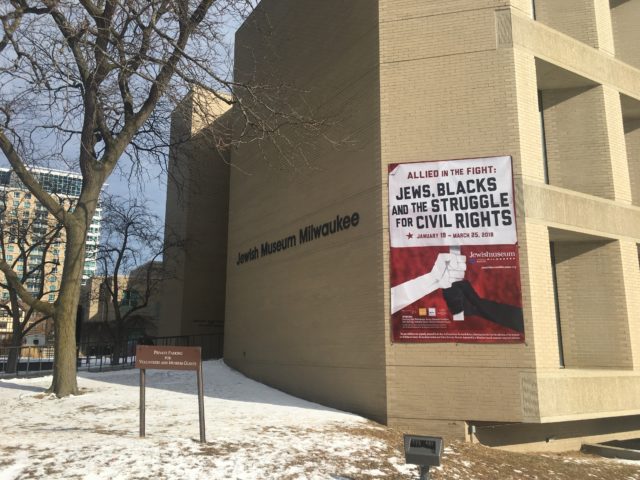 “Allied in the Fight: Jews, Blacks and the Struggle for Civil Rights,” an exhibition presented by Jewish Museum Milwaukee, examines the partnership between Milwaukee’s black and Jewish communities during the civil rights movement.

The exhibit first opened in 2018, honoring the 50th anniversary of Milwaukee’s open housing marches. Now “Allied in the Fight” is back to collaborate with local educational institutions and organizations by offering to rent their display as means to access information and materials that might not be available locally.

The exhibit details Milwaukee’s 1967-1968 open housing marches and their role in passing the 1968 Fair Housing Act. The marches took place over 200 consecutive nights, with peaceful protesters calling for an end to housing discrimination.

One of the reasons “Allied in the Fight” has returned is because Milwaukee minorities still face repercussions of redlining, systematic denial of services, such as housing, to residents living in certain neighborhoods.

Dubin says “Allied in the Fight” has transformed into a traveling exhibit in hopes of inspiring students while shining a light on Milwaukee’s civil rights movement.

“One of the things that we talked about was the need for current generations, who are so activated and wanting to do something, to understand that these issues did not arise from nowhere,” said Dubin. “There is context, there is a history to this.”

To read more about “Allied in the Fight,” check out one of our past articles.

To rent out the traveling exhibit, email your request to info@jewishmuseummilwaukee.org