Putting Milwaukee in a chocolate box

Putting Milwaukee in a chocolate box 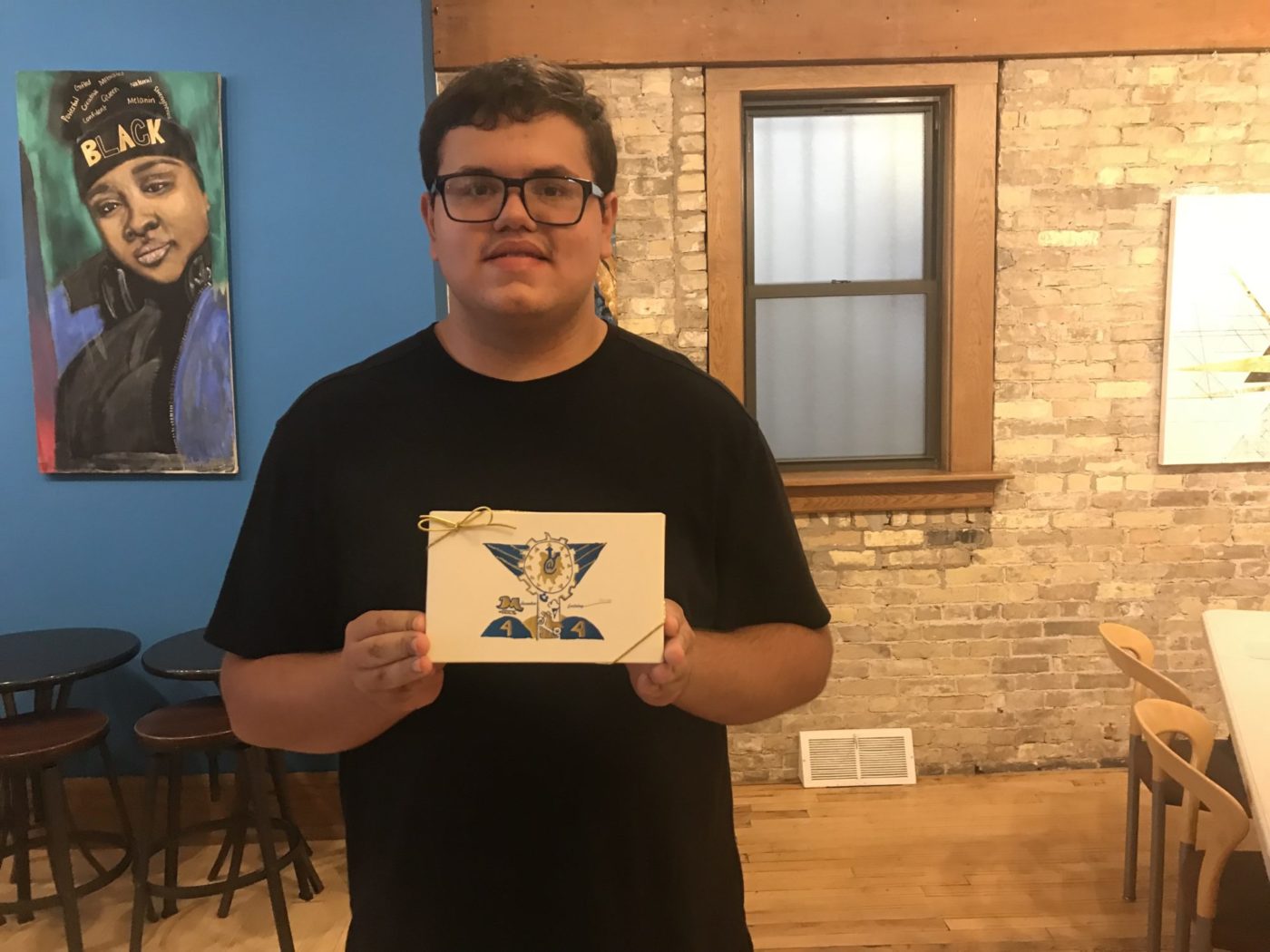 “I’m a Wisconsin girl and I love Wisconsin,” said Julia Burke, co-owner of Burke Candy. Burke Candy is a family-run business currently run by Tim Burke and his wife Julia.

Burke Candy is one of the older candy factories in the Midwest. The candy connoisseurs got their start in 1929 in Chicago, Illinois but moved to Milwaukee’s Riverwest neighborhood over 10 years ago. Not only do they sell gourmet chocolate products but they also ship candy ingredients such as caramel to other candy companies around America, as well as internationally.

Burke Candy’s partnership with Arts @ Large started after Julia felt she needed to represent her love for Milwaukee through her candy. “We needed a Milwaukee box,” she said. The interns at Arts @ Large began to brainstorm quickly after.

Arts @ Large is a non-profit arts organization providing students with arts-based internships for high school students. This summer, interns were tasked with designing the Burke candy box with a local artist. Their goal was to show what Milwaukee meant to them personally. 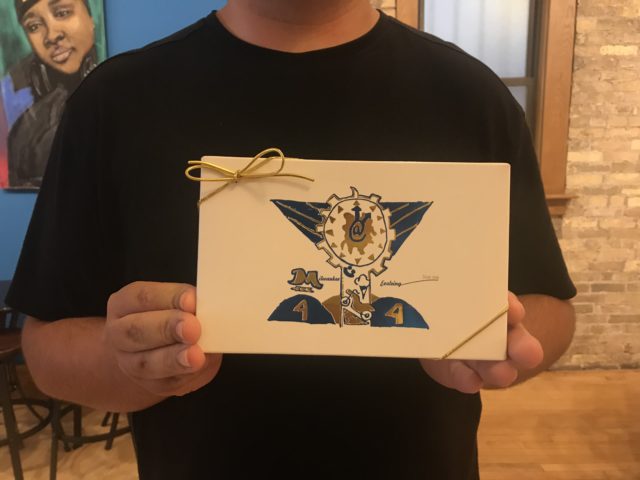 Matao Casarez, who is entering his senior year at Riverside University High School, was one of the interns and designers behind the box’s look. He says his South Side Milwaukee roots played a major influence in his design concept, particularly the Mitchell Park Domes and the Allen-Bradley Clock Tower.

“They’re a Milwaukee original,” said Caseras in reference to the South Side landmarks. They were a part of his Milwaukee skyline and were frequently visited places throughout his childhood.

The interns also got a chance to make their own signature piece of candy in the box after they were given an in-depth tour of the warehouse in Riverwest.

Arts @ Large will receive 25 percent of the profits to further the organization.

Listen to the story below to learn more about this sweet collaboration.