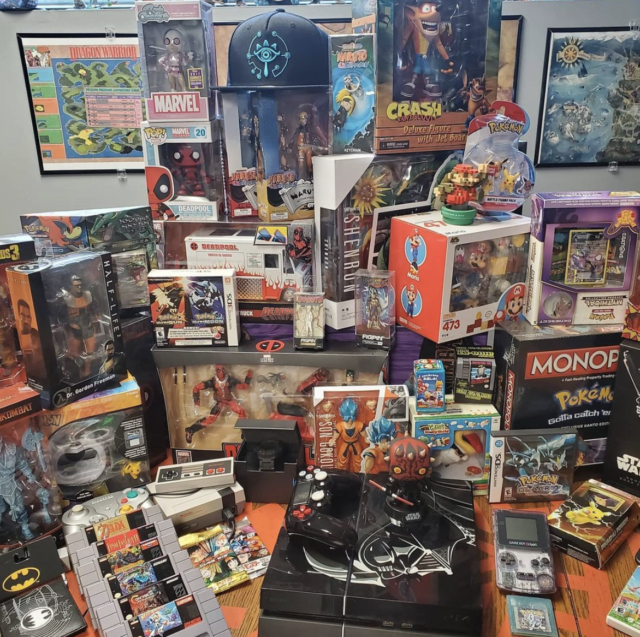 A “nerd safe haven.” That’s how Bryant Wilcox describes BattleBox, an all-in-one Milwaukee enterprise centered around geek culture. BattleBox has two components. The first is a buy-sell-trade video game, action figure and anime business. The second integration is the BattleBox Cafe and Lounge, 5431 W. Lisbon Ave., where like-minded folks can nerd out.

Wilcox and his family have always surrounded themselves with video games. “I was talking to my sister about this the other day,” said Wilcox. “We just always had video games at our house. I can’t take responsibility for that. Mario, like the original Mario Bros., was there. Frogger was there, Donkey Kong and stuff like that. Those games were in our house already.”

Opening up a business didn’t happen by accident. Not only were there games in the household, but Wilcox was also a collector. He bought his first action figure, Batman from the Tim Burton film, as a teenager. He then noticed on the back of the package that there was a Joker figure. From there his collection grew alongside a few comics. Wilcox said he didn’t have a lot of money growing up and decided to start trading his collection as means of passive income.

“That probably was the moment or the catalyst for the actual business, because trading was huge for me as a kid,” said Wilcox. “I looked forward to the new school year. That was like the main thing to find the new kids with the Garbage Pail Kids. We had Garbage Pail Kids before a Pokémon.

Wilcox stressed that making BattleBox inclusive and a sanctuary for all folks was a main priority. The lounge is members-only, however becoming a member isn’t complicated; you just need to speak to Wilcox himself. To date, there are over 1400 members and that number is growing daily.

“The whole idea is to create that safe place for folks like us,” said Wilcox. “Not necessarily folks who look like us but who are into the same type of thing. We need a spot. Like all of these guys are coming through that are into Dragon Ball. We really don’t have a spot.”

Wilcox looks forward to expanding BattleBox in order to continue fostering an environment that’s welcoming to all regardless of race and gender. Just as long as you’re willing to get your game on. Follow BattleBox’s Instagram page for more information on its upcoming October schedule with events like karaoke and a superhero versus villain costume party.