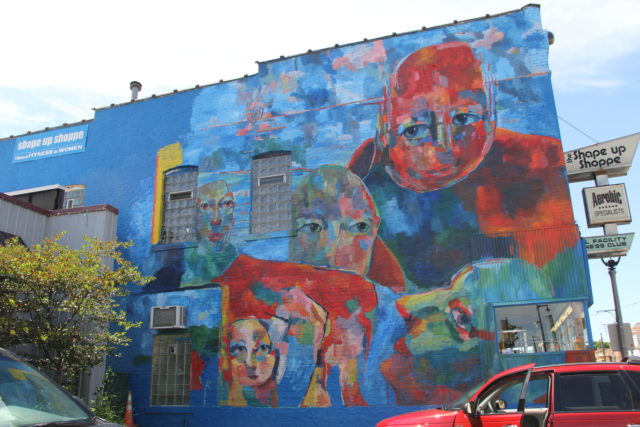 If you’ve happened to drive down Kinnickinnic Avenue over the past few weeks, its hard not to notice the five beautiful murals that have popped up along the main drag of the Bay View neighborhood. But where did they come from?

Mural by artist Jenny Anderson decorates the side of The Shape Up Shoppe in Bay View.

“The Kinnickinnic [Business Improvement District] received a grant for street-scape improvements to Kinnickinnic Avenue and are doing things, like plantings, to improve the street and decided that mural art would be a cool things to do as well,” explained Stacey Williams-Ng, owner of Wallpapered City, the group that aided the city in the mural installation, Street Canvas.

But Stacey explained in the curating process, they decided two things were important for these upcoming murals for the Bay View Street Canvas: highlighting Bay View’s local art scene, as well as showcasing a sense of inclusivity. And the result? Five talented local, and all-female, artists were commissioned to create pieces for the neighborhood. 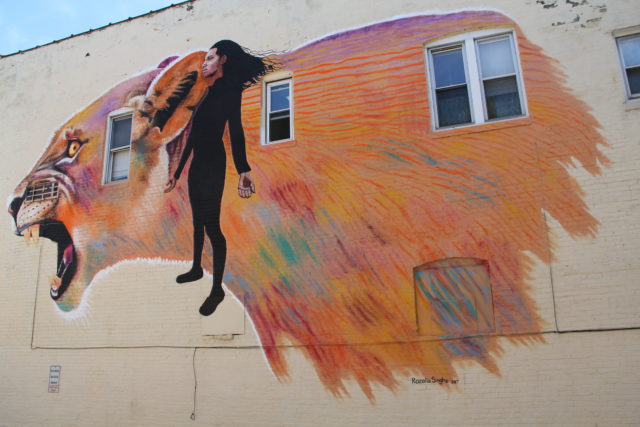 Empowering self-portrait of artist Rozalia Hernandez-Singh on the side of D14.

Stacey explains, “We initially met shortly after the Women’s Marches were happening and we had this epiphany: Why not have all women artists? Why not make that the driving force of this project? So we’re celebrating women in Bay View this year.”

Today, the five stunning works of are on display and can be found all along KK as far south as Sprocket Cafe and as far north as Cafe Lulu and D14. 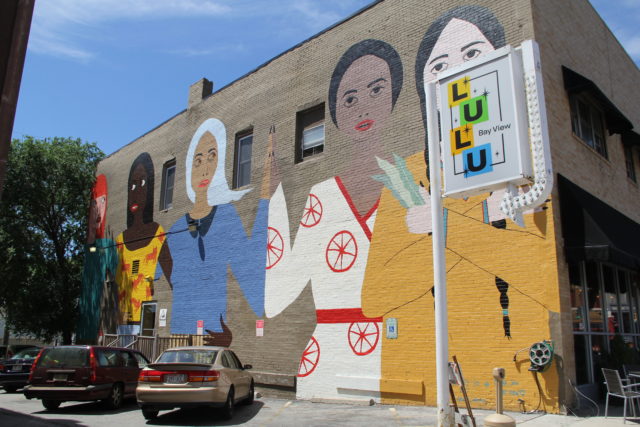 Hear more from Stacey Williams-Ng on the Bay View Street Canvas below: