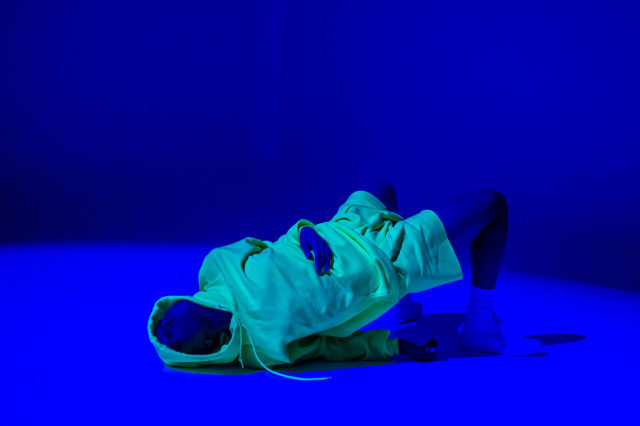 The Marcus Center for Performing Arts, home to Broadway shows, detoured from musicals and opened its doors last week to present a one night only dance performance of “Black Like Me: An Exploration of the Word Nigger.”

“Black Like Me” is created by Jade Soloman Curtis, a dancer, choreographer and founder of Solo Magic, a nonprofit art initiative that combines art with activism. Curtis said the five-part multidisciplinary was caused after a horrific experience she had recently Seattle.

“I was walking down the street one evening and a white man yelled at me from the window seal of a building, ‘I didn’t know N-words came down here,'” said Curtis. “I was thrown off and had to step back, look at my upbringing and question why this was a word that was acceptable in my community and not acceptable when used toward me outside of my community?”

A traveling show, “Black Like Me” was previously shown in Seattle, California, Canada and South Korea.

Before the performance, I talked to Curtis about “Black Like Me,” but she never gave me any details on what to expect as an audience member.

When I walked into the theater, instantly I noticed the loud explicit music playing. The music was created by her students to reflect mainstream rap. We took our seats and waited for it to start and at this point, the music became background noise. I didn’t realize the number of times the N-word was said throughout the songs, a note that Curtis said was purposeful.

Without an announcement, the dance started and Curtis took the stage. Through body movement, she examined the word and its history. It was deeply beautiful, complex and at times uncomfortable.

The performance followed five different narratives. One of the perspectives had graphic images of lynching in the background. Another incorporated lights to mirror the flashers on a police car.

“We all are sitting in the same room, experiencing very similar things but everyone walks out feeling differently,” said Curtis. “I wanted to provide a platform where people could see themselves or have the conversation in different ways.”

Throughout the night, there were two panels, one on the slang term and another on the word in music. But the main question of the night was regardless of race should anyone use the word?

There were three general responses throughout the participants: yes, no and unsure. There were two microphones on each side of the room, where audience members could share their thoughts or ask questions.

The performance wasn’t intended to push an agenda but rather truly analyze why the word is used and its history. Curtis says when she’s performing she has one thing in mind.

“My goal is channeling my ancestors,” said Curtis. “The sole purpose of why I do what I do is allowing my ancestors and my elders to move through me in the physical form.”