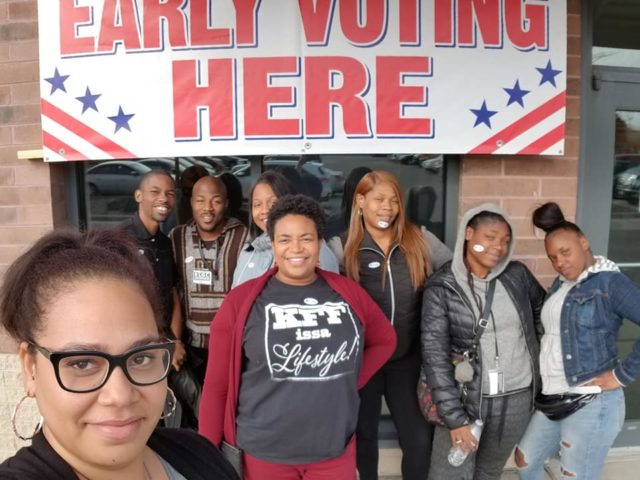 Black Leaders Organizing for Communities is putting in overtime to boost black voter turnout for the midterm elections in Wisconsin. Through educational programming, fostering civic engagement between black residents and political leaders and even offering free rides to the polls, BLOC has committed itself to giving black and brown communities in Milwaukee a seat at the local politics table.

Hear more about BLOC’s efforts to increase black voter turnout in this audio story with Angela Lang, the Executive Director of BLOC. 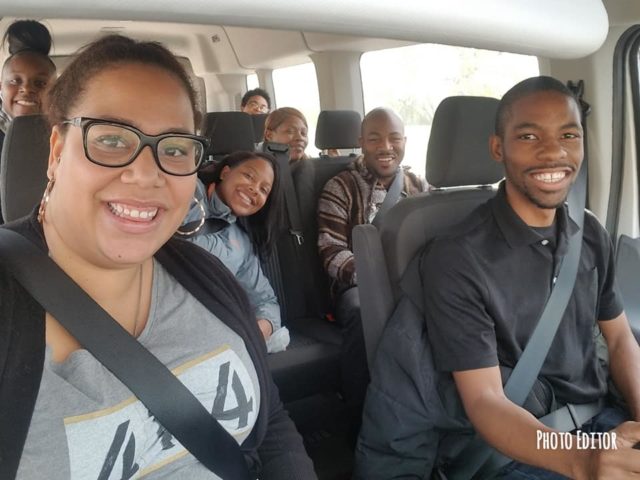 BLOC organizers and neighborhood residents ride to the polls to early vote. Photo by BLOC

Voter turnout in the African-American community saw a huge dip in 2016. The media commented on the low turnout both locally and nationally.

“After the 2016 election, a lot of people were looking to place blame,” said Lang. “The black community was kind of scapegoated.”

While participation in the election was low, Lang emphasized the need for political leaders and candidates to engage more with Milwaukee’s black community. “You have to come get our votes, you need to spend time in our neighborhoods,” said Lang. “You have to uplift our issues.”

In response, BLOC has put forth efforts to bring local politicians into the black communities to hear directly from residents. Their silent canvassing program received national attention; the premise being the politician or candidate is not allowed to speak about his or her campaign at all during the community visit. Instead, they must remain silent and listen.

Lang says this type of engagement makes black voters feel thoroughly heard, but this isn’t the only measure BLOC is taking to improve civic engagement and turnout.

The organization has also offered free rides to the polls so residents can early vote. With voter suppression being another concern in the black community, Lang believes free rides will secure the votes of black Milwaukeeans. “If there’s any hiccups or anything leading up to it, they have multiple chances to make sure their vote is counted.”

To arrange a ride to the polls, call BLOC at 414-885-4930. And check out our 2018 voter guide for information and media coverage on candidates, details on campaign contributions and to learn about each candidate’s role and responsibilities in our local government.