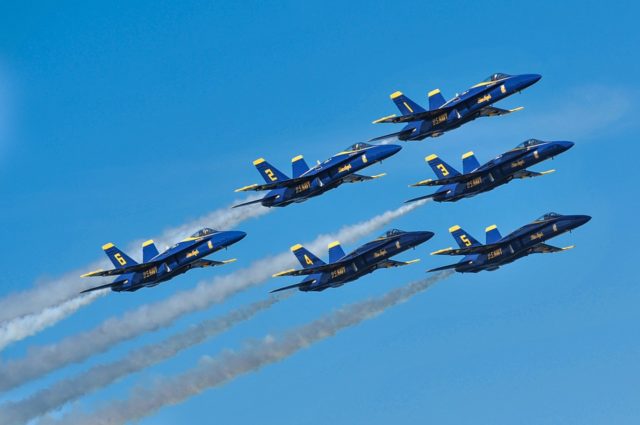 Few summer traditions invite stronger opinions than Milwaukee’s Air & Water Show. The event draws droves of delighted spectators to the city’s lakefront each year, while testing the nerves of residents less than thrilled about the idea of weapons of war tearing through the sky, pumping out pollutants and traumatizing pets.

East Siders may want to start planning their summer vacations early, then, because next year’s Air & Water Show will mark the return of perhaps the event’s most divisive attraction: The U.S. Navy’s punishingly loud Blue Angels. It’ll be the first time the Blue Angels have appeared since 2017.

The 2020 Milwaukee Air & Water show is scheduled for Saturday, July 25 and Sunday, July 26. (That’s just a week and a half after the Democratic National Convention, for those paying attention — it’s going to be a busy summer).

The event will hold a press conference about the Blue Angels’ return on Monday afternoon, according to Fox 6.