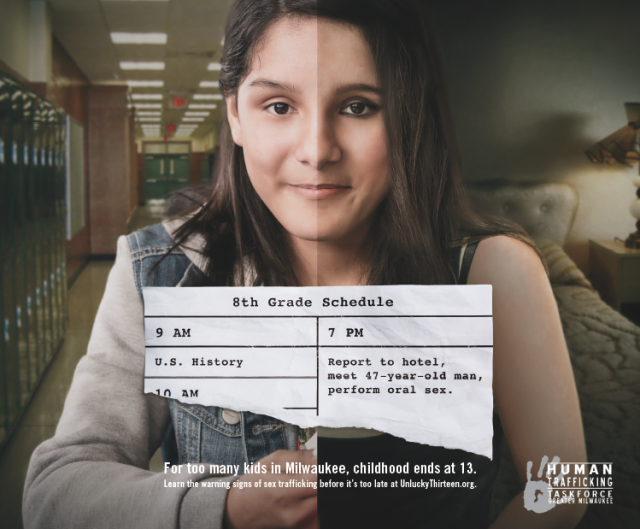 Wisconsin ranks third in the nation

“It’s known as modern day slavery, and it’s being hidden in plain sight.”

It’s a hard statistic to take in.

Wisconsin ranks third in the nation for human sex trafficking, according to Dana World-Patterson, Executive Director of the Human Trafficking Task Force of Greater Milwaukee.

And it is happening in every county in the state.

The Task Force formed in 2008, now led by the City of Milwaukee, works to “study and make recommendations on policies, practices, prevention and service models to protect Milwaukee County’s youth from being victimized and sexually exploited,” according to a report issued in 2012.

Human trafficking is defined as the act of coercing and exploiting an individual for sex or other purposes.  The term includes child and adult prostitution, as well as the people who recruit and transport them.

88Nine Radio Milwaukee facilitated a dialogue about the topic last week at its studio space in Walker’s Point.

Click the podcast player above to hear World-Patterson discuss the topic with 88Nine producer Nate Imig. Warning: content may be disturbing to some listeners.