Can Milwaukee win another world championship?

Can Milwaukee win another world championship? 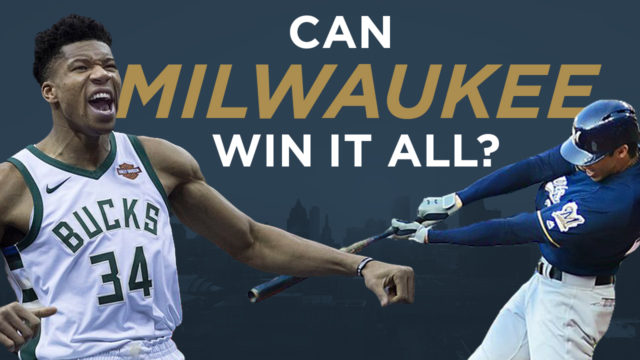 The past two or so years have truly been a roller coaster for Milwaukee sports fans. The Brewers made it to the playoffs for two consecutive years for the first time since the early 1980s, only to lose in game seven of the National League Championship Series last year and the National League Wild Card game last month. Then there are the Bucks; making it to the Eastern Conference Finals for the first time in nearly 20 years only to lose to the Toronto Raptors despite having the best record in the entire NBA by season’s end.

And yet, the zeitgeist of Milwaukee coming out of these years is arguably more optimistic about these teams than they have ever been. Both Christian Yelich and Giannis Antetokounmpo won MVP awards in their respective leagues (with Yelich eligible for a consecutive award for his performance in this last season) and the gap between the city and it’s rivals in the MLB and NBA is almost nonexistent.

But we’ve been here before. The 2000-2001 Bucks, the 2008 Brewers and both teams during the 1980s seemingly were on a path to the top, only to fall short of a world championship every time, whether that was an NBA Championship or a World Series victory.

So, while we are all aboard this hype train that is currently carrying the Bucks to the NBA Finals. Let’s take a step back to analyze the Cream City’s playoff history, our place in the current sports landscape, and whether or not we can overcome the hurdles in front of us so “Is this our year?” can finally become “This IS our year.” for the first time since the Bucks NBA Finals win in 1971.

Buck-le up. (I will not apologize for that)