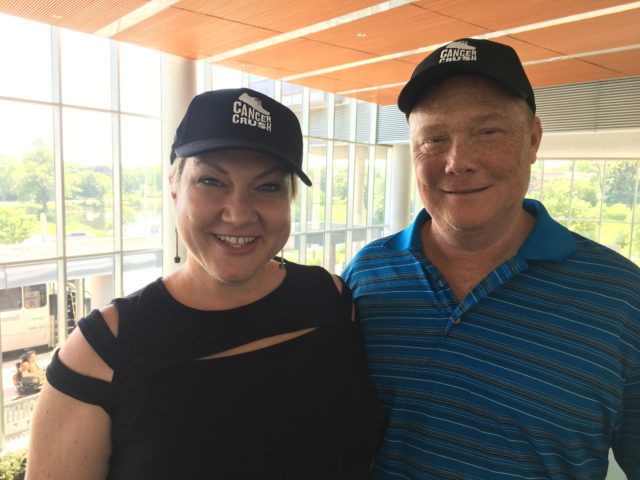 Medical College of WI and Froedtert kick off 'Cancer Crush,' a research and prevention initiative

The program challenges participants to pledge to get active this summer — and to raise money — with all the proceeds benefitting cancer research at The Medical College of Wisconsin and Froedtert Hospital. Meet one cancer survivor below whose story is a testament that the technology coming out of that research is saving lives.

Chances are the disease has touched your family.

In Milwaukee county, 1 out of 2.6 people will develop cancer in their lifetime.

“It’s almost half. And if you don’t have it yourself, you know someone who has it,” said Dr. Parameswaran Hari, Chief of the Division of Hematology and Oncology at MCW. “Cancer is the next major challenge that affects as humanity in the medical field.” 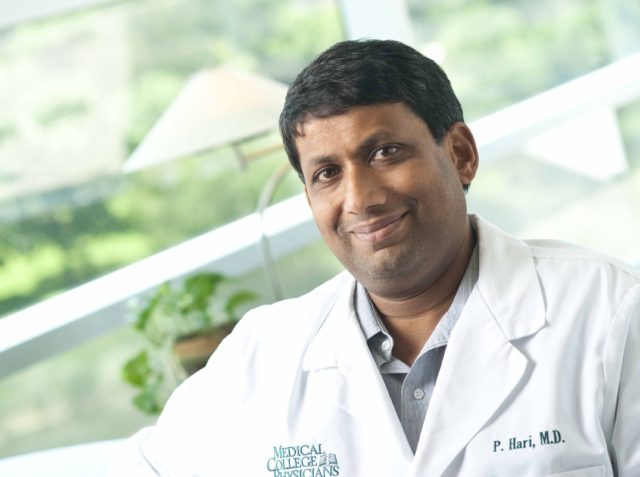 The kickoff event brought together patients and MCW and Froedtert staff, each making an individual fitness pledge for the summer.

One of those patients was Dan Knuf and his wife, Andrea. Dan, a father of two, was diagnosed with form of cancer called multiple myeloma five years ago.

“It was very emotional. From anger, to sad, to not knowing what the outcome will be,” Dan said, speaking about his initial diagnosis.

“At first, I thought he was joking. I’m like, ‘you don’t joke about things like this,'” said Andrea. “And that was that. World altered from that point on.”

“I was diagnosed on a Tuesday, and by Friday I was already receiving treatment,” Dan said.

He underwent two highly specialized bone marrow transplants in 2013 and 2014, an aggressive treatment for a form of cancer typically thought to be inurable.

His response was astounding.

“Dan has been in remission from his disease…with no trace of disease for several years now,” Dr. Hari said. “It’s amazing. That’s why we come back to fight another day. And patients like him keep us going.” 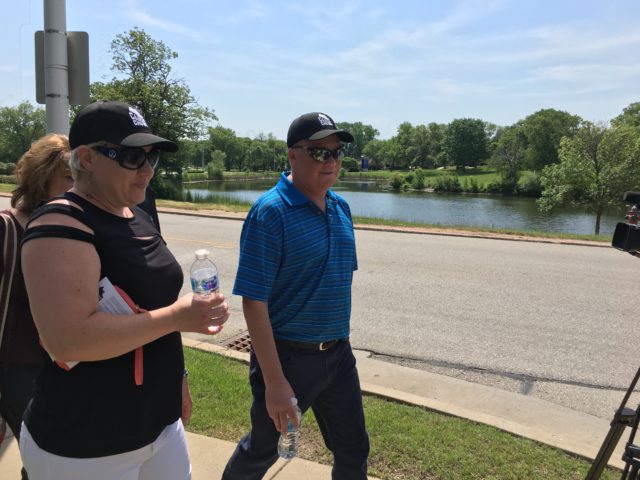 Dan joined attendees on a walk around the Froedtert campus to kick off Cancer Crush.

These days, Dan is getting back to what he loves — coaching his son’s baseball team, savoring life as a healthier man.

“The body does go through some rejection, so I’m dealing with a few things. I’m still receiving treatment. But I guess they’re just little reminders of what I’ve been through,” Dan said.

“There’s no way I could do this life that we’re living without him being here. Every day is a gift, and that’s how we’re going about life now,” Andrea said.

As for Cancer Crush — it continues through the summer and culminates with a run/walk/bike event on September 22.