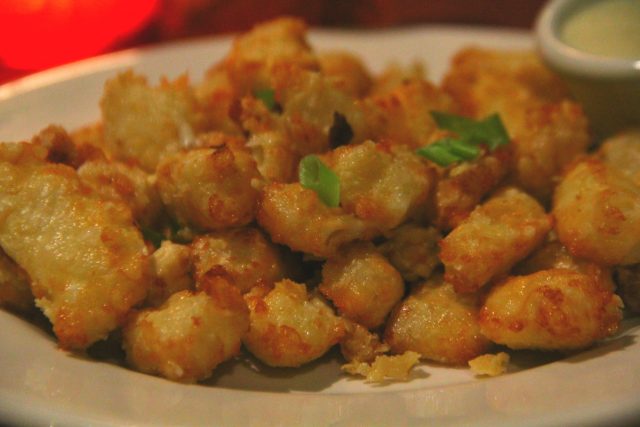 Drive South for a mere hour/hour and a half/two hours (…traffic, am I right?) and you’ll find yourself in the land of hot dogs, deep dish pizza and a bad football team.

Jokes aside, our “big brother” city in Illinois holds a very special place in many Wisconsinites hearts, and believe it or not, many from Chicago actually feel the same way about us.

“For many of us [in Chicago], Wisconsin brings back fond memories, so we decided to recreate those using what we know: food.”

“[Our menu has] all the traditional favorites. It’s things like the relish tray, our bar features Old Fashioneds, particularly the Brandy Old Fashioned Sweet, we’ve got Fish Fry every night of the week…”

And walking around the restaurant, it was clear this wasn’t a hastily-formed idea. From the vintage Wisconsin antiques on the walls and the Wisconsin beers on draft to even the little details like the menu’s font and the red candles and tablecloths: I felt like I was back home at a local supper club.

“…even from the ads we crafted to hire people, we wanted to find people that lived in Wisconsin or had gone to school in Madison. The feeling is one of hospitality; we wanted people that just get it.”

And “get it” they do. Enough so that not only has Millie’s been named one of the Hottest Restaurants in Chicago, but has strangely become almost an oasis in Chicago for people originally from Wisconsin.

“[One time] I had a young lady that was sitting at her table taking pictures and crying… I walked over to see if everything was OK and she said her grandfather had worked at a supper club outside of Madison; he passed away three months ago… she was in celebrating him and just got a little overwhelmed.”

Amongst the hustle and bustle of Chicago, Millie’s is the one place you can go to watch a Packers game, get a can of PBR and enjoy a fish fry.

Well they say imitation is the highest form of flattery, so we’ll take it as a compliment.

Want to check out Millie’s? They’re in the Lincoln Park neighborhood of Chicago at 2438 N Lincoln Ave. For more on them, check out my full interview with Emlyn in the audio player above or find them online at www.MilliesChicago.com.