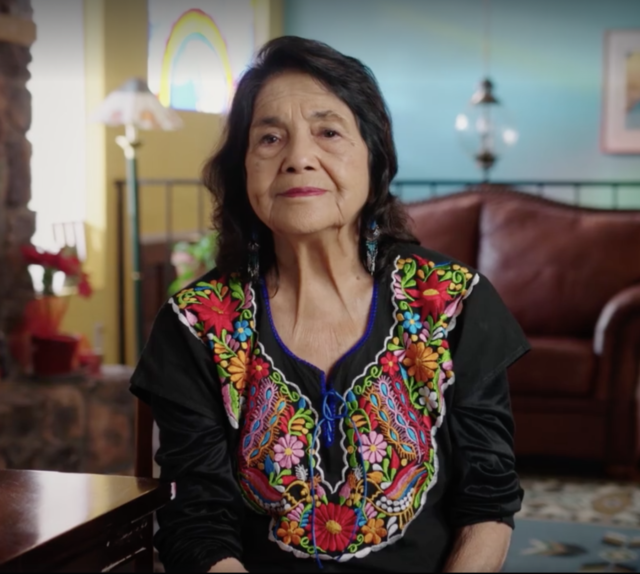 The Milwaukee Film Festival is in full swing today, and Cine Sin Fronteras is excited to be a part of the festival for a second season.

The program began last year after the Milwaukee Film Festival approached Claudia Guzman and Jeanette Martin about creating a Latin American program. Both Guzman and Martin were curating minority film screenings for the University of Wisconsin-Milwaukee prior to being approached.

The program has grown since last year’s six feature films. The program now has eight features this year. One of those features is short stories program CSF Shorts: Menos Es Más, which is a 94-minute film compiled of Latinx short stories. This year’s features also include:

“The Cine Sin Fronteras has sort of a dual-edged purpose which is both to represent our people on the screen and hopefully also bring them in,” said Guzman.

Seven of the eight films will have filmmakers on-hand to have Q&A sessions with audience members at one of their screenings. Trailers for the films and programming information can be found at the Milwaukee Film Festival website.

While this week is a crazy time to speak with festival organizers, Martin and Guzman stopped by the studio to share what is new, what films they are excited for and why a program like Cine Sin Fronteras is important to the city of Milwaukee.

“[We] also want to educate folks who have less exposure to the Latinx diaspora, to help them better understand what our community really looks like and the complexity within this giant category that we call Latino or Latinx,” said Guzman.

As promised, listen to my full interview with co-programmers Claudia Guzman and Jeanette Martin below.