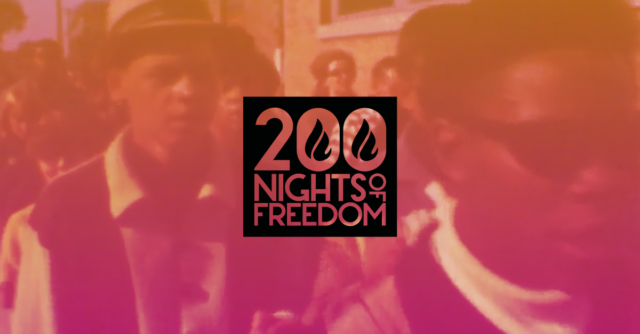 50 years ago, Milwaukee made national headlines.

For 200 consecutive nights between August 1967 and April 1968, a well-organized group of young Black Milwaukeeans marched in support of open housing and against racial segregation.

At the time, federal laws did not exist to prevent housing discrimination, and here in Milwaukee, tensions were rapidly rising in the city’s already hyper-segregated communities.

The marchers were led by the NAACP Youth Council and Commandos, under the direction of Father James Groppi.  They continued to fight for their rights, amid flagrant racism and opposition, for eight straight months.

And it worked — by the end of those 200 nights, federal and local laws were passed to combat housing discrimination.  While they weren’t perfect, they were a well-earned start toward a more equitable society.

Now, 50 years later, that incredible Milwaukee movement is being remembered through a city-wide effort, 200 Nights of Freedom.  Every day through April, events will be held around the city focused on conversation, education and community organizing.

200 Nights Co-Chair and Community Activist Adam Carr joined me in studio to talk more about the history, the work being done, and the hope to reignite activism in Milwaukee.

To see a full schedule of upcoming events taking place as part of 200 Nights of Freedom, check out its official website and Facebook page.