DACA recipients explain what it means to be undocumented

DACA recipients explain what it means to be undocumented 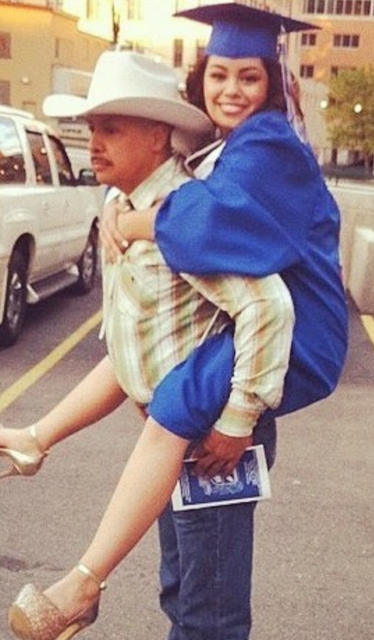 Many defining moments impact your life as an adolescent. For undocumented children, it’s the constant anxiety that one day you might face deportation. In the case of Nour Kalbouneh, that gut-wrenching scenario was a reality that happened at the age of 12 when she and her family were stopped for removal.

The impactful moment for Iuscely Flores, a DACAmented womxn, was her eighth grade trip to D.C. Flores spent months selling empanadas to save money for the upcoming school trip. She had all her bases covered and when she waited with her classmates to tour the White House, she realized she didn’t have a form of identification and had to spend the rest of her day on the school bus with a chaperone.

During her senior year of high school, Flores said that image haunted her when filling out Free Application For Federal Student Aid (FAFSA) forms with her guidance counselor.

“I kept telling him I can’t fill out FAFSA because I was undocumented and he still filled it out,” said Flores. “I had to process the same emotions when sitting on the bus in D.C. all over again.”

Let’s break down the history of DACA, an acronym for Deferred Action for Childhood Arrivals. DACA is an immigration policy that allows children who are undocumented to receive a renewable deferred action from deportation. It all began in 2001 when the Dream Act was first introduced to congress. Although it had some support, the proposal was rejected. In 2012, President Obama signed the executive order for DACA, which intended to be a temporary solution to protect immigrant children. Flash forward to 2017, the Trump administration redacted DACA, and the policy immediately faced the Supreme Court. This past month, the Supreme Court blocked the cancellation of the DACA program on a 5-4 vote.

In 2012, when the Obama administration signed the executive order, many students felt that it was an opportunity to go to college, but some individuals like Kalbouneh felt conflicted. Kalbouneh stated that being a recipient eased some fears, but it didn’t secure the safety of her parents.

“How was I supposed to live here without my parents?” asked Kalboneh. “The system didn’t care. They tried to deport my parents, but they couldn’t, but had they been able to you, I would have been left here with the younger brother at the age of 12.”

Although under DACA, recipients have work permits, can obtain a driver’s license and can apply for college without the fear of deportation, recipients are not eligible for federal benefits such as financial aid. Amaerani Torres, another DACAmented womxn, often said when economic opportunities are available it’s hardly publicized.

“I think that they definitely are profiting off of having a demographic on campus but not serving us in the most obtainable way,” said Torres.

“There are so many barriers that if we don’t put in a hundred times more than people with citizenship, we are not going to advance,” said Kalbouneh. “Now that I’m back at school, I’ve completely done it differently than my first time around. I wasn’t as involved and didn’t take leadership positions, but now has made such a difference for the amount of opportunities that have been open to me.”

When I asked the question how does being undocumented affect your identity, both Flores and Torres recalled always compensating for their names, either by changing the pronunciation or providing nicknames.

Kalboneh said that when allies attempt to stand up for immigrants by claiming that they are also American, it erases someone’s identity and is inherently problematic.

“Yes, I do contribute to this country but I’m still Palestinian,” said Kalboneh. “We also struggle with that because we want to be accepted and we want people to have a permanent pathway to citizenship but also don’t take away who we are in the process of doing that.”

DACA recipient Cendi Tena said although she is mindful of her status she is never shamed by it.

“I don’t care you know how society views immigrants or what their expectations are of us,” said Tena. “Anything I’ve ever done has been for my family and for them to feel like it was worth coming here.”