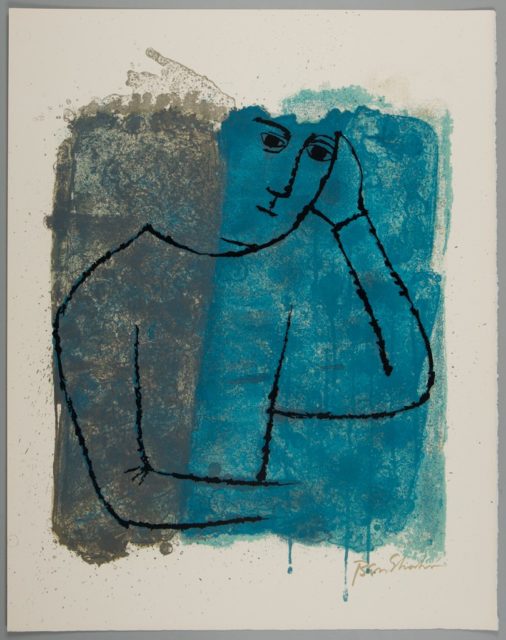 If cities are measured by the quality of their museums, Milwaukee can certainly compete. Of course there are the big ones — the Milwaukee Public Museum and the Milwaukee Art Museum two of the most notable — but we also have several smaller ones scattered around.

Think of them as “indie” museums.

“We have some very large museums in MIlwaukee. But we have some really smaller, very interesting, very focused museums in Milwaukee. And we see ourselves as one of those,” says Susan Longhenry. She’s the director and chief curator at the Haggerty Museum of Art on the Marquette University campus.

“We believe that art is not separate from life. So we really try to engage you in that conversation while you’re here, in a very personal way,” Longhenry said.

The Haggerty Museum has a deep collection, more than 6,000 objects, including an original Salvador Dali painting and a Keith Haring mural. Plus there’s an exhibition space for rotating shows.

On Aug. 16, the museum welcomes two new shows: “Ben Shahn: For The Sake of a Single Verse” and “The Ariel Poems.” Lynne Shumow, curator for academic engagement, showed me around the Ben Shahn exhibit ahead of its opening.

It’s a poignant portfolio of lithographs by the Jewish Lithuanian artist Ben Shahn.

The prints of his sketches feature mostly human subjects and depicted rather minimally, with simple lines and subtle colors. Each piece is paired with a passage from poet Rainer Maria Rilke’s 1910 novel. The sketch and the quote are displayed side by side.

Each of the 24 plates offer something deeply personal about the human condition, perhaps the most personal of Shahn’s career.

“When it’s not on the wall, it looks like a rather large book,” Shumow said. “There’s a passage that talks about ‘to be a fully realized human, one must see many cities. One must be beside the dying.’ Things like that. So it takes you through many human emotions.”

The Shahn exhibit opens alongside another featured exhibition, “The Ariel Poems.” Both run Aug. 16 – Dec. 15.