Dinner and a show, MPS tradition since 1984, kept alive at this elementary school

Dinner and a show, MPS tradition since 1984, kept alive at this elementary school 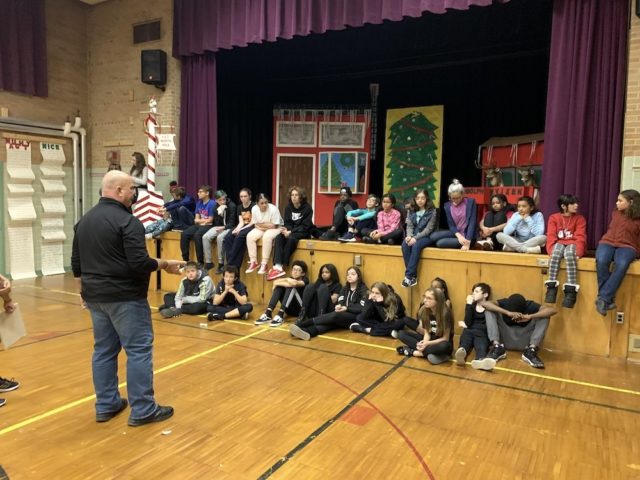 I admit, it has been a few years since I have visited an elementary school. I don’t have any kids, at least not yet, so I simply don’t have a reason to go to one. There’s a K-8 school in my neighborhood called Clement Avenue Elementary that I pass by every day, but I’ve only been inside once (for an 88Nine story years ago).

A few weeks back, an 88Nine listener who works there invited me back to visit. She wanted to tip me off to a colleague of hers, Robert Berry, who is the school’s theater director.

She described him as dedicated and hardworking, the kind of teacher who inspires kids to do their best. She also told me about the top-notch theater program at Clement, complete with a student stage crew that constructs its own sets, and younger students who run a catered dinner theater on opening night. It sounded special, so I took her up on her offer.

I dropped by the school last week during dress rehearsal of its Christmas play, then again on opening night. As I walked into the gym on my first visit, I found Mr. Berry in front of his full cast and crew, giving notes on their rehearsal.

Listen to the audio story below; it picks up from there.

A previous version of this story stated the founding year of the dinner theater as 1985. The correct year is 1984.