Ex Fabula presented stories about being stuck in your head

Ex Fabula presented stories about being stuck in your head 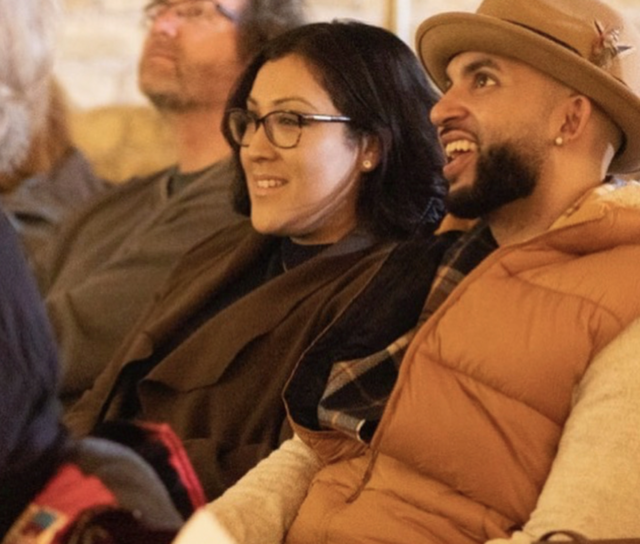 Only five minutes. No props and no notes. Just you, a microphone and your story. Those are the rules for Ex Fabula StorySlams, a monthly live event where community members connect over true, personal stories. Each month has a different theme. This month’s, “In My Mind,” featured stories about mental health, gaslighting, paranoia and assumptions.

Before this month’s event, Andrea Ruffier never heard of Ex Fabula and didn’t know what to expect. She found herself compelled to take a risk and sign up to speak.

Ruffier said she battles with anxiety and felt a wave of emotions when it was time for her to go up on stage.

“I was so terrified, my stomach was in knots and I actually felt nauseous,” said Ruffier. “When they finally called my name I was like, ‘Oh God!’ but I got up there and I knew I had something to say. I knew it wasn’t going to be perfect so I just let it all out.”

Public speaking can be scary and can make some people panic. The entire atmosphere was welcoming that even I was considered signing my name up to speak.

For individuals who might have stage fright or not enough material to cover five minutes, there’s a more anonymous way to participate called “Ultra Shorts.” Attendees can write a few lines on a paper and the host will read them out loud.

“When I was 10, in my mind I knew I could be anything, a singer, an astronaut, a doctor. My mom agreed and encouraged me in this belief. It may be why I did become a doctor,” read one.

Gregory Lynn Chambers Jr., who is a past story slammer, said the program gives space for people to be heard.

“If you feel like nobody would listen, this is a great platform for you,” he said. “Not only does it allow people to see themselves in other people, it builds community. It builds togetherness.”

“I just felt comfortable and that I belonged after hearing other people’s stories,” said Ruffier.

Check out the schedule for upcoming StorySlams here.